School of Engineering Names Four to Endowed Chairs and Professorships

C. L. Max Nikias, dean of the School of Engineering, has announced the appointment of four faculty members to endowed chairs and professorships.

“The collective research conducted by our faculty continues to push USC Engineering into the ranks of the elite engineering schools across the United States,” said Nikias. “I am pleased to have the resources to reward these very worthy members of our faculty.”

Aristides Requicha, professor of computer science, will hold the Gordon Marshall Chair in Engineering. Requicha directs the Center for Molecular Robotics and is the principal investigator in a project to develop nanoscale robots to monitor ocean microorganisms.

“His research into nanotechnology, microsensor networks, as well as nanorobotics has brought considerable attention to these areas both in the United States and abroad,” said Nikias. 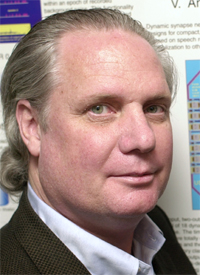 Theodore Berger, professor of biomedical engineering, has been appointed to the David Packard Chair in Engineering. Berger has been directing a long-term project to develop an implantable computer chip that would communicate directly with neural tissue.

“Ted Berger has long been a leader in the field of neural engineering,” said Nikias. “With the burgeoning effort in the School’s biotechnology initiative, I anticipate he will assume an even greater leadership role.”

The Fred H. Cole Professorship in Engineering will be held by Robert Scholtz, professor of electrical engineering systems. A faculty member for 40 years, the much-honored Scholtz began the first university research program in ultra-wideband radio, a promising technology with applications in wireless networks, security systems and consumer electronics. Nikias said: “Bob Scholtz has created and mentored a credible and successful research effort in both spread spectrum communications and ultra-wideband radio that reaches far beyond the wrought iron fences of our campus.”

Terence Langdon, professor of aerospace and mechanical engineering, materials science and earth sciences, will receive the William E. Leonhard Professorship in Engineering. Langdon is one of the most cited materials science researchers in the world and his work on superplasticity of metals has important commercial applications. 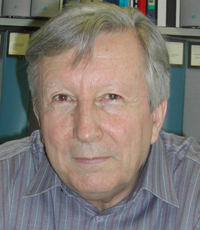 “Terry Langdon has created an international presence for himself as both a Fellow of the Royal Academy of Engineering and a significant research effort in materials science that reaches across both oceans,” said Nikias.

Before making the appointments, Nikias convened a committee of the School’s faculty who currently hold endowed chairs and solicited their opinions. Before the appointments all four of the chairs and professorships were unoccupied.