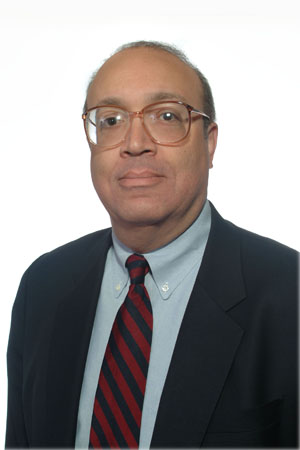 Adam Clayton Powell III, a longtime champion of new media who helped start and then ran Internet and technology programs for the Freedom Forum (formerly the Gannett Foundation) for seven years, will be the new director of the Integrated Media Systems Center (IMSC), in the USC Viterbi School of Engineering.  The appointment is effective immediately.

"Adam is a creative technologist, outstanding leader and the ideal person to take IMSC through its next phase.  He has been a member of the IMSC Board of Councilors since its inception and he will hit the ground running," said C. L. Max Nikias, dean of the USC Viterbi School.  "USC's new strategic plan calls for research addressing societal needs and in its next phase at IMSC we will be doing just that."
In 1996, the National Science Foundation selected USC's proposal over 117 others for the exclusive NSF Engineering Research Center for multimedia and Internet research.  Nikias, IMSC's founding director, worked with faculty to establish the center and its ambitious interdisciplinary research agenda for Internet multimedia communication involving immersive sights, sounds and touch. When Nikias became the USC Viterbi School's dean in 2001, Professor Ulrich Neumann of the Viterbi School's computer science department was named IMSC director.
"Ulrich has been with IMSC from the very beginning and I'm deeply grateful for his loyalty and research leadership.  He more than anyone is responsible for turning the initial vision of Internet immersipresence into real technologies," said Nikias.
"I'm very happy to have laid the groundwork for this next phase," said Neumann who will continue at the IMSC as associate director for research. "And I am excited about being able to focus on the research fulltime."
Nikias said that IMSC would be emphasizing cross-disciplinary research, including both basic and applied research. Video game technology, particularly educational applications, will be the focus of a major push. "We're going to step up cross disciplinary collaborations with other USC schools such as the Thornton School of Music," said Nikias, noting that IMSC
already has productive collaborations with USC schools such as the School of Cinema-Television and the Annenberg School for Communication and with the Institute for Creative Technologies and the Viterbi School's own Information Sciences Institute.
"IMSC has created absolutely dazzling technologies at the intersection of engineering and the creative content media, and we will continue to build our research base," said Powell.  "Now it is time to roll those technologies out more broadly through partnerships with relevant industries, the arts and K-12 schools.   We also plan some non-traditional programs to connect with underserved communities around the United States and in other parts of the world."
In addition to serving on the IMSC Board of Councilors Powell has been a visiting professor at the USC Annenberg School for Communication.   He was the winner of the 1999 World Technology Award for Media and Technology sponsored by the Economist magazine and recently was named one of the Digital Media 100 by Digital Media magazine. Powell was the general manager from 2001 to 2003 of WHUT-TV in Washington, the nation's first African American-owned PBS station where he quadrupled local television production.  He won the 2004 award for network and major market TV commentary from the National Association of Black Journalists for his weekly commentaries.
He was also an executive producer at Quincy Jones Entertainment where he produced Jesse Jackson's weekly television series and served as vice president for news and information programming at National Public Radio.  He was also a manager and producer at CBS News and news director of ABC News' 24-hour cable news service.
He has written extensively about technology, media and international issues for a wide range of publications including the New York Times, Wired and USC's Online Journalism Review.  He received the Overseas Press Club Award for international reporting for a series of broadcasts he produced on Iran. Powell is married to Irene Solet and has two grown sons, one serving on the faculty at MIT and the other an army officer who returns this month for his
second tour of duty in Iraq.