Eight USC students conducting research on projects ranging from toll roads to airport runway incursions have been recognized with scholarships from two Southern California chapters of the Women’s Transportation Seminar.

Six -- five undergraduates and one M.S. candidate -- are with from  the USC Viterbi School of Engineering. The other two are

School of Policy, Planning, and Development PhD students.. The USC group competed against students from area universities for scholarships from one or both of the seminar’s Orange County and Los Angeles area chapters.

James Moore, professor with the Epstein Department of Industrial and Systems Engineering and the School of Policy, Planning, and Development, said the showing for USC was remarkable.

“This is an intense competition because students from several universities are involved,” he said. “USC might, in a typical good year, have one winner in each competition. Eight students winning 10 scholarships is an unprecedented sweep.”

One of the Women’s Transportation Seminar’s goals is to provide greater opportunities for women in the transportation industries through professional development and mentoring. Scholarships provided by each chapter range between $2,000 and $5,500.

“It’s basically to help further their educational and professional goals and to give them a little extra push in a field that’s typically dominated by men,” said Lynn Gilbert, scholarship chair with the Orange County chapter.

In some cases, the winners received scholarships from both Orange County and Los Angeles. They are: 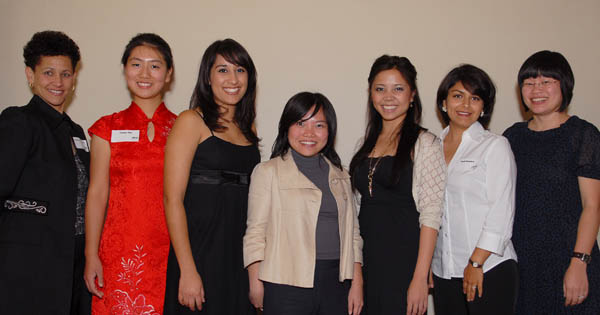