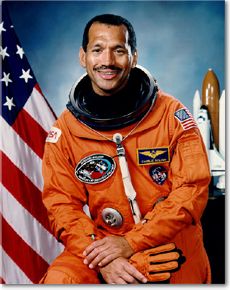 the space agency's next administrator.

The White House made the announcement May 23. In addition to the selection of Bolden as NASA chief, Lori Garver was named to the key NASA role of Deputy Administrator.

"These talented individuals will help put NASA on course to boldly push the boundaries of science, aeronautics and exploration in the 21st century and ensure the long-term vibrancy of America’s space program," said the President.

In 2003, Bolden received the Asa V. Call Award, the highest distinction bestowed upon a USC alumnus, and has served on the USC Board of Trustees since that year. He also received the USC Alumni Award of Merit in 1989.

Viterbi School Dean Yannis C. Yortsos, who has joined the new NASA chief on a number of alumni and USC Trustee functions, hailed the news.

"Charlie is an outstanding and inspirational leader," he said. "The whole school joins me in congratulating him on his great new challenge to restore space as a key part of human endeavor."

The White House as part of the "intent to nominate" statement released a biography of General Bolden.

Charles Bolden retired from the United States Marine Corps in 2003 as the Commanding General of the Third Marine Aircraft Wing after serving more than 34 years, and is currently CEO of JackandPanther LLC, a privately-held military and aerospace consulting firm. Gen. Bolden began his service in U.S. Marine Corps in 1968. He flew more than 100 sorties in Vietnam from 1972-73. In 1980, he was selected as an astronaut by NASA, flying two space shuttle missions as pilot and two missions as commander. Following the Challenger accident in 1986, Gen. Bolden was named the Chief of the Safety Division at the Johnson Space Center with responsibilities for overseeing the safety efforts in the return-to-flight efforts. He was appointed Assistant Deputy Administrator of NASA headquarters in 1992. He was Senior 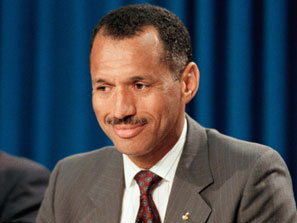 Vice President at TechTrans International, Inc. from 2003 until 2005. Gen. Bolden holds a B.S. in Electrical Engineering from the U.S. Naval Academy, Annapolis and a M.S. in Systems Management from the University of Southern California."

A much more extensive account of General Bolden's career appears in "Spaceflight Now," a publication dedicated to coverage of news about spaceflight.

"In a moment of improbable symmetry, Bolden, the third African American to fly in space, met with President Obama at the White House Tuesday, the day the space telescope was re-launched from the shuttle Atlantis. The five-spacewalk overhaul marked NASA's fifth and final visit to the storied telescope since Bolden helped launch it in 1990."

The story continues: "An announcement naming Bolden as Obama's candidate to head the civilian space agency came four months after the departure of former Administrator Mike Griffin, a rocket scientist appointed by the Bush administration to oversee the shuttle's 2010 retirement and a planned return to the moon.

"'The president could not have made a better choice,' Griffin told CBS News. 'Charlie Bolden is an accomplished pilot, a veteran astronaut and an old friend. He has spent his life in the service of his country, and our nation is the better for it. NASA will be in good hands.'"