More applications for funding under the ARRA program are still pending

Faculty researchers at the USC Viterbi School of Engineering have won a total of $23.6 million in funding as part of the American Recovery and Reinvestment Act.

The act, which was passed by Congress and signed into law in February by President Obama, is designed to fund research projects that will stimulate the economy and create or retain jobs while potentially making significant scientific progress over the next two years. 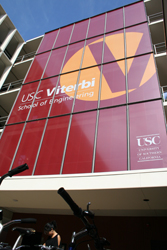 The success of Viterbi School investigators in capturing these highly competitive awards "speaks well for the quality of our faculty," commented Dean Yannis C. Yortsis.

The impressive total may still grow: additional Viterbi School applications under the program are active. For more information, see http://federalstimulus.usc.edu