The week of April 12th is the newly instituted National Robotics Week. Robotics research universities across the country held special events, and the Robotics Caucus had presentations in Washington DC.

One of the nation's leading robotics research efforts, the Viterbi School was part of the effort. USC researchers held a Robotics Open House April 15, aimed at both the USC community and the general public, including especially children.

On view were "socially assistive" robots designed to help the disabled, the elderly and even children with autistic spectrum disorder; humanoid robots designed to mimic human motion, locomotion and expression; Transformer-like modular robots that attach themselves together in different configurations to accomplish different tasks, and robotic boats, submarines, helicopters and other vehicles. Also a robotic dog.

The event drew a steady traffic of visitors, as can be seen in the stories below. 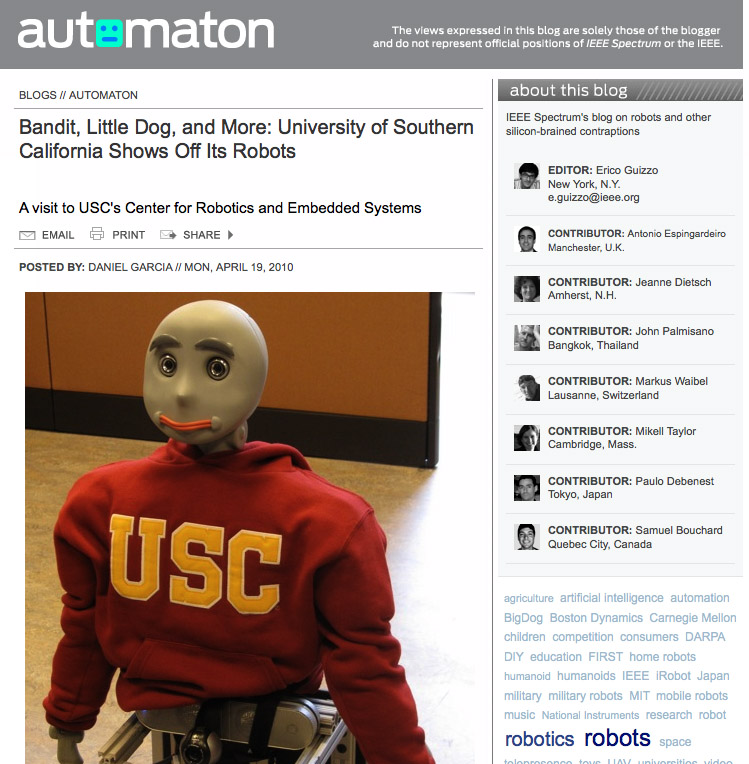 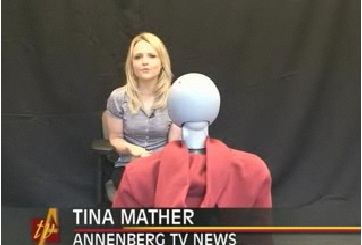