APS/DFD 2010 promoted the latest research in fluid dynamics, with more than 2,400 participants from 43 countries  around the world. The event was the largest annual APS/DFD event on record, with an increase of more than 25% over last year’s attendance.

Part of the increase may be due to the increased range and diversity of subjects explored in this once classically-dominated field. This fall’s gathering received broad media attention, including stories in the Times of India, NPR, Yahoo! News, and a lively interview with AME Professor and Chair Geoff Spedding on CNN.com’s “Today’s Big Idea.”

A Los Angeles Times article also included an interview with Spedding, asking “what engineering can learn from the natural world, and, in reverse, what biologists can glean from bio-inspired engineering.”  Spedding explained that “the overall shape may offer a superior wing-body circulation distribution,” thereby providing for reduced plane drag and greater fuel efficiency. 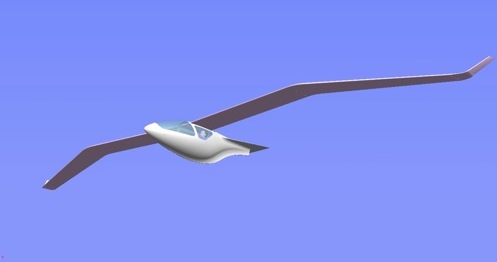 The meeting’s organizing committee was chaired by Julian Andrzej Domaradzki, professor of aerospace and mechanical engineering.

Highlights from the press coverage

So, let's turn now to the man himself, Mr. Geoffrey Spedding. He joins us me now to talk about his work.

And, sir, do I have this right? You were just trying to come up with a better design and a more efficient plane and it ended up looking just like a bird?

GEOFFREY SPEDDING, UNIVERSITY OF SOUTHERN CALIFORNIA: It just so happened to look like a bird. That's right. So, we've independently designed a bird.

HOLMES: You've independently designed a bird. So, what is it about this design that makes it more fuel efficient?

SPEDDING: Well, there are two big differences from the standard tube and wing configuration. One is we've got rid of that long tail that's at the back of the end of the long fuselage. And so, we've chopped the fuselage also and we've made the wing so that they're the main control surfaces. That means you can have a fat, stubby body and we found that it can be aerodynamically much more efficient with that little, stubby tail at the back.

HOLMES: Now, how much more efficient are we talking about?

SPEDDING: We're looking for savings from 10 percent to 20 percent.

"At the 63rd Annual Meeting of the APS Division of Fluid Dynamics in Long Beach, Calif. Geoffrey Spedding of the University of Southern California and Joachim Huyssen of Northwestern University in South Africa presented research offering a more birdlike wing and tail design that could reduce drag and therefore improve efficiency. [Read the full story]

'The number of people who are developing, encouraging, thinking about biologically inspired designs is vastly more than it was five years ago, two years ago even,' Spedding said. Even 15 years ago, 'nobody took you seriously.'" [Read the full story]

An attempt to redesign the airplane resulted in a surprising craft, one that mimicked a familiar, if much smaller, flyer: a seagull.

In a bid to increase the energy efficiency of the familiar tube-with-wings architecture, Joachim Huyssen, of Northwest University in South Africa, began by thinking about the basic principles of aerodynamics, according to his collaborator, Geoffrey Spedding, of the University of Southern California. [Read the full story]

WASHINGTON: Airplanes may soon start looking like birds as scientists are pondering over redesigning the current airplanes to make them more fuel-efficient .

Read more: Is it a bird? Is it a plane? It's a fuel-efficient jet -