Colleagues toast his 18 successful doctoral candidates, his numerous papers, awards, and successes — and his artwork

Some 40 friends, relatives and well-wishers joined Joseph E. Devinny for a delicious Lawry’s Prime Rib luncheon marking the end of the Professor of Civil and Environmental Engineering’s 35 years at the University of Southern California.

On hand with Devinny, his wife Betty and sister Kathy Moore was a cross section of the Viterbi faculty.

O'Brien opened the proceedings, saluting Devinny and presented a plaque.

Then Jean-Pierre Bardet took the podium for an eloquent tribute to Devinny, slightly edited in the version that follows:

Joe joined USC in 1975 just after getting a Ph.D. from Caltech. He got his BS from Caltech in 1969, possibly planting troubles as sophomore and seniors at UC Berkeley in the late 60s (here I am guessing), and got a M.S. in chemistry from the University of Oregon in 1971, before going back to Caltech for a PhD.

At my request, Joe was kind enough to give a few pointers to summarize the highlights of his career as a scholar. His career has been devoted to four major topics.

He has been P.I. or Co-P.I. on 62 externally funded projects… therefore Joe completely deserves his pension.

Joe also brought USC three major fellowship programs, one from the Los Angeles Community Development Department ($220,000) another from the Department of Education ($123,000), and a third from NSF, totaling more than $3 million.

The largest of these scholarships was about sustainable cities, an NSF IGERT grant with for co-PIs Naj Meshkati, Theo Tsotsis, Tony Michaels, and others.

Joe was an early adopter of the urban theme, and the theme of megacities that is associated with the naming gift to the Sonny Astani department.

Shortly after the naming gift celebration, Joe went to his shop, and created a stained-glass

window, which represented megacities. This work of art is now displayed in the window of my office in KAP. You can actually view part of it in the background of your program.

In addition to stain-glass windows, Joe has published 44 papers in refereed journals, has presented 83 papers at conferences, and has graduated 18 Ph.D. students.

Joe is also a painter, and has had many exhibits of his paintings.

As it is custom in the arts, Joe has travelled through a pilgrimage to learn his craft from masters. He travelled Down Under.

In 1991,Joe was a fellow with the University of New South Wales in Australia, studying microbiology and immunology. In 2005, he went back Down Under but this time to the University of Canterbury in New Zealand, where he was an Erskine fellow He has taught at the American University in Armenia. I suppose Mike has something to do with this teaching assignment.

Joe has published two books: Subsurface Migration of Hazardous Wastes, with Lorne Everett, Bob Stollar, and James Lu, and Biofiltration for Air Pollution Control, with Marc Deshusses and Todd Webster, which is now the most cited reference in the field.

An article that he published with Doug Hodge, "Modeling Removal of Air Contaminants by Biofiltration," is the fourth-most-cited work. ASCE gave Joe and Doug the Croes Award  for the article in 1993.

An earlier work with Rob Islander and others, "Microbial Ecology of Crown Corrosion in Sewers," was given Ace’s Horner Award. 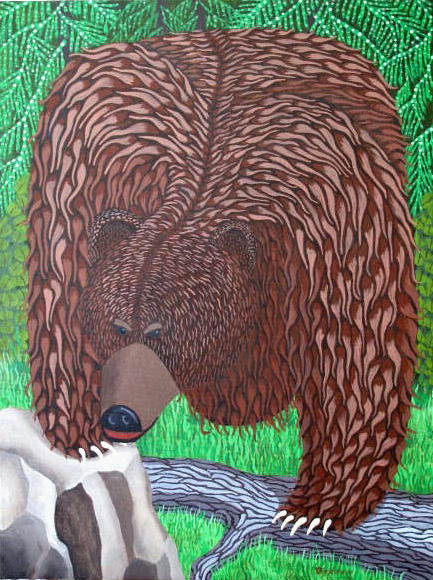 In 2005, with Mike Stenstrom and Sheldon Kamieniecki, he received the “Excellence in Research—Water Quality” award from the Los Angeles Regional Water Quality Control Board for work on estimating the costs of storm water quality control.

This work was truly interdisciplinary. Joe collaborated with Sheldon, a USC professor of political sciences, and Mike, another professor at a university we do not name her, but which is west of us.

Joe’s work reduced the cost estimates for treating storm waters by a very large factor, and convinced communities to treat their own storm waters, and to avoid discharging polluted waters in the ocean.

With the generous help of Ed Reynolds, Joe has hosted 8 semi-annual conferences on biofiltration at USC, which were attended by researchers from around the world.

The department and the school of engineering are very appreciative of Joe’s services. Joe has received awards for excellence in teaching and for lifelong service.