Former USC dean and professor of electrical engineering John H. Marburger, III died July 28. His former colleague and longtime admirer Martin Gundersen believes he was a crucial influence at USC during his 24 years at the University Park Campus.

Marburger joined USC in 1966 as a professor of physics and electrical engineering, subsequently becoming chair of the Department of Physics and dean of the USC Dana and David Dornsife College of Letters, Arts and Sciences. A USC obituary about his career appears here.

Gundersen, who continues to serve as a professor of electrical engineering at the USC Viterbi School of Engineering and a professor of physics at Dornsife, recalls the impact of Marburger's arrival and subsequent career at USC: 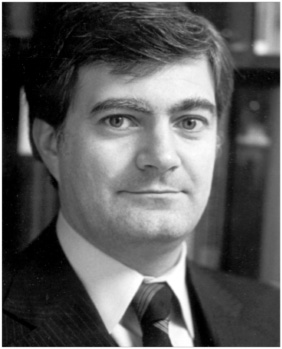 You Couldn't Ask for a Better Boss

John Marburger was part of a cohort of exceptional faculty in quantum electronics that I was lucky enough to encounter at USC.

"Jack" came to USC at an important time for the institution, as part of a group of bright, energetic faculty capable of first-rate research attracted to the campus by the efforts of Zohrab Kaprielian and others in the '60s. In Marburger’s case, a key event was a seminar at Stanford by USC professor William Louisell.

Marburger, who was the first doctoral graduate in the department of applied physics at Stanford, subsequently joined the new faculty in quantum electronics at USC. While his primary appointment was in physics, he also held a joint appointment in  electrical engineering, and he was quickly recognized as exceptional.

At the time, junior faculty in USC physics had a tough road. Marburger received tenure, but at least a half dozen physics colleagues did not. Furrthermore, Marburger became chair even before he became a full professor.

My fondest recollections of him are from the perspective of a physics graduate student. He had wonderful skills. It was a pleasure to talk with him about physics. His discussion somehow coupled academic quality with down-to-earth communication. He was easy to talk with, even if we disagreed about the physics. Maybe he didn’t think it worth worrying about disagreements, but I remember some of these differences of opinion — about how many postulates are really needed for quantum mechanics,  for example — and treasure the memory.

As I was finishing my USC doctorate in electrical engineering, my advisor Walter L. Faust took a position on the East Coast and was unable to be present during the end of my graduate work. Marburger agreed to chair my committee in Faust's place. He not only helped me finish, but serendipitously took me on as a postdoctoral researcher, letting me in effect run a lab by myself for a year while I looked for a permanent position.

That was a delightful year. You couldn’t ask for a better boss –– and not just because he was a theorist and I was building lasers.

USC by the late '60s was starting to have a more significant presence in applied physics -- and Jack was a factor. I specifically remember a USC physics student who, returning from a conference in Berkeley, had overheard comments during a Marburger talk on nonlinear optics by a Berkeley professor: “We should pay attention to this.”

The quality of work initiated and conducted by Marburger and his colleagues convinced me of the potential for first-rate research at USC. He not only had deep influence on my own goals in research, my career and my association with USC, but I believe had a similarly positive influence on the whole university.