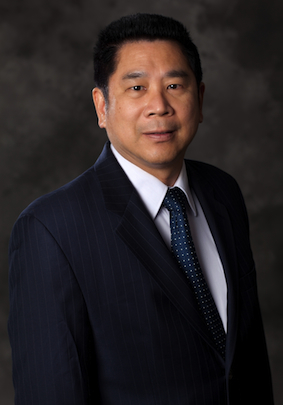 Jay Kuo has been named Editor-in-Chief of the Institute of Electrical and Electronics Engineers Transactions on Information Forensic and Security (IEEE-TIFS). Kuo, a professor of electrical engineering in the Ming Hsieh Department of Electrical Engineering with a joint appointment in the department of Computer Science, will serve at the TIFS helm from 2012-2014. The scope of the journal is science, technology, and applications relating to information forensics, information security, biometrics, surveillance and system applications that incorporate these features. The United States National Academy of Engineering lists information and cyberspace security on its slate of Grand Challenges, and IEEE-TIFS is one of the leading journals in this emerging field. For his rare, high number of Ph.D. graduates (108 to date and counting), Jay was also recently ranked number one on the American Mathematical Society and North Dakota State University's Mathematics Genealogy Project "Extrema" list. Kuo’s research includes multimedia compression, communication and networking. His research group, currently consisting of more than 30 Ph.D. students, is one of the largest in multimedia technologies and maintains close interaction with the IT industry. He has received research grants from more than 40 companies, and has published more than 150 journal papers and 750 conference papers. Jay has received numerous other honors, including the National Science Foundation Young Investigator Award, the Presidential Faculty Fellow Award, best paper awards from the IEEE Communication Society, several conference awards, and an Okawa Foundation Research Grant. In 2010, Jay was named a Fulbright-Nokia Wireless Communications Chair, “one of the most distinguished appointments in the Fulbright Scholars Program.” He is a Fellow of the American Association for the Advancement of Science, IEEE and SPIE. 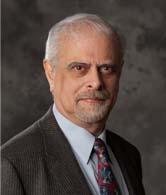 INCOSE Pioneer Award
Recipient: Azad M. Madni
The Pioneer Award of the International Council on Systems Engineering (INCOSE) is one of the professional society’s top honors. INCOSE, the largest professional systems engineering society with almost 9,000 members, presented the 2011 prize to Azad M. Madni, a professor of systems and industrial engineering in the Daniel J. Epstein Department of Industrial and Systems Engineering. Selected annually, Pioneers are individuals or teams who, “by their achievements in the engineering of systems, have contributed uniquely to major products or outcomes enhancing society or its needs.” Madni is also director of the school’s Systems Architecting and Engineering Program. He is the founder and chief scientist of Intelligent Systems Technology, Inc., a firm specializing in enterprise and systems engineering research and development for the defense and commercial sectors. The award was presented in June at the INCOSE International Symposium in Denver, Colorado. Madni was honored “for recognition in the crucial frontiers of systems engineering and working effectively to advance the theory, tools, and products required for the future of our profession.” Madni is an elected fellow of INCOSE and has served on a number of its committees. He is also an IEEE Fellow, a Fellow of the Society for Design and Process Science, and a Fellow of the Institution of Electronics and Telecommunication Engineers. Madni joined the Viterbi faculty in 2009. 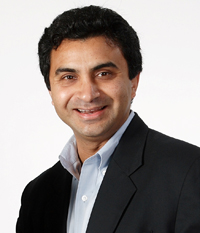 David Rist Prize of the Military Operations Research Society
Recipients: Milind Tambe and Fernando Ordonez
Milind Tambe of the Computer Science (CS) and Epstein departments has won a third honor this year, along with Fernando Ordonez (formerly of Epstein and CS) and their research team. In being selected winners of the 2011, David Rist Prize of the Military Operations Research Society (MORS), the team was acknowledged for their work on “Software assistants for patrol planning for Los Angeles International Airport, the U.S. Federal Air Marshals Service and the U.S. Transportation Security Administration.” The Rist Prize recognizes the practical benefit that sound operations research can have on real life decision making and seeks the best implemented military operations research study from those submitted. Presented annually, the Rist Prize is named after former MORS director. Tambe has won several other awards in the last two years for his work on the ARMOR, IRIS, GUARDS and PROTECT multi-agent security systems for airports and other gateways, including a Christopher Columbus Fellowship Foundation Homeland Security Award for Border and Transportation Security, two U.S. Department of Defense Grants, an ACM SIGART Agents Research Award, and special commendation from the Los Angeles International Airport police. Tambe is a Fellow of the Association for the Advancement of Artificial Intelligence.

Honorary Doctorate, Tel Aviv University
Recipient: Michael S. Waterman
Michael S. Waterman, a pioneer in computational biology known for his contributions to the Human Genome Project, has been named an honorary doctor of Tel Aviv University. Waterman revolutionized an earlier branch of genetics research with the development of a more reliable method of DNA analysis based on solid mathematical, computational and statistical science. A University Professor, the USC Associates Chair in Natural Sciences and a professor of biological science, computer science and mathematics, he received the doctor philosophiae honoris causa at a ceremony on May 14, 2011. Others presented with honorary doctorates included Nobel Laureate Sir Harold Kroto of Florida State University; Prof. Ruth Arnon, President of Israel Academy of Sciences and Humanities; renowned Israeli author Yoram Kaniuk; and Indian industry leader Tarun Das. Waterman joins an elite list of others previously honored by Tel Aviv including Leonard Bernstein, Marc Chagall, Henry Kissinger, and colleague Eric Lander. He was cited “in recognition of his role as a founding father of bioinformatics and genomics; his groundbreaking development of mathematical and statistical methods for deciphering the genome; his unparalleled contribution to making bioinformatics an integral bridging discipline in the computational and life sciences; his canonical publications and textbooks; and in special recognition of his dedicated efforts in training new generations of young researchers, many of whom are renowned scientists in their own right; his extensive ties with Israel’s bioinformatics community, and with scientists at Tel Aviv University in particular. Waterman joined the USC faculty in 1982, after serving appointments with Los Alamos National Laboratory and Idaho State University. He is a founding editor of the Journal of Computational Biology and the sole author of two books, including the seminal graduate text, Introduction to Computational Biology: Sequences, Maps and Genomes (Chapman & Hall – CRC Press: 1995). 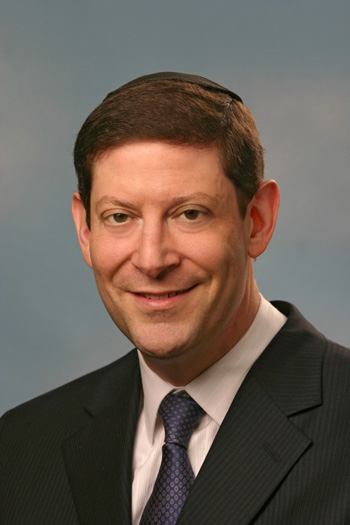 IEEE Photonics Society Engineering Achievement Award
Recipient: Alan E. Willner
To his long list of honors Alan Willner adds the 2011 IEEE Photonics Society (IPS) Engineering Achievement Award. The Steven and Kathryn Sample Chair in Engineering and a professor of electrical engineering in the Hsieh Department, Willner is a past-president of the society (formerly the Laser Electro-Optics and Apps Society [LEOS]). His LEOS “President’s Column” covered a large territory in metaphorical exploration of topics of interest to members and others, and still serves as an entertaining and inspirational resource. The achievement award recognizes an exceptional contribution within the past 10 years. Willner is cited “for technical advances in optical fiber communications technologies that have enabled significant improvements in the performance and reliability of wavelength-division-multiplexed systems.” He was founder and CTO of Phaethon Communications, Inc.,a company acquired by Teraxion that created the ClearSpectrum® dispersion compensator product line, which is presently being deployed in many commercial 40-Gbit/s systems worldwide. Willner, one of only four in the U.S. to be elected an International Fellow of the United Kingdom’s Royal Academy of Engineering in 2010, will be presented the IPS award at the 2011 IEEE Photonics Conference this October in Arlington, Virginia.