More than six decades ago, a Baltimore-born prodigy graduated from Johns Hopkins University with a BS in mathematics before his 19th birthday. That individual celebrated his 80th birthday May 30 and remains brilliant in 2012 today This year is also his 50th year on the faculty of the USC Viterbi School of Engineering – a school named after the young graduate student he mentored many years ago.

Polylingual, a USC leader, an international authority in communications, a celebrity in the world of mathematical games, winner of almost every honor in his multiple fields, University Professor Solomon W. Golomb continues to teach (including freshmen seminars) to write (including deeply informed essays on history) and to research as he enters his ninth decade.

And his is the story of a remarkable individual 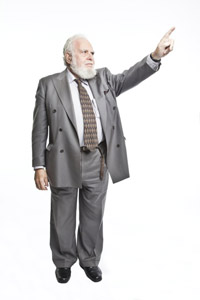 embedded in a remarkable generation. Golomb was a leader in an extraordinary cohort of American thinkers who revolutionized understanding of the longstanding mysteries of mind and thought: breakthroughs as fundamental, or even more so, as the understanding of gravity, or the atom.

Begin in 1948 — the year three breakthrough IT discoveries at Bell Labs. That year, as Golomb recently wrote, saw the publication of “A Mathematical Theory of Information” by Claude Shannon, a figure Golomb compares to Einstein and Newton; the parallel invention of error correcting codes by Robert Hamming; and the invention of the transistor by John Bardeen, Walter Brattain and William Shockley.

Golomb recalls that as a young scientist working for his Ph.D. at Harvard, he initially expected to travel the abstract route of pure mathematics, but a summer job in engineering at Lockheed Martin, along with a Fulbright scholarship that took him to Oslo, Norway brought his attention to the explosive oconsequences of the 1948 revelations.

As a result, in 1956, after completing his Ph.D., he did not proceed directly to academia, but instead went to the Jet Propulsion Laboratory, where a wildly talented and diverse set of minds were working on projects including, four months after the Russian launch of Sputnik, the first U.S. satellite, Explorer.

“Our average age at the time was about 25,” Golomb recalled. The group included Andrew Viterbi (the future naming donor for the USC School), Lloyd Welch, William Lindsey, Thomas Kailath, Robert McEliece and others whose list of honors would fill a large book. 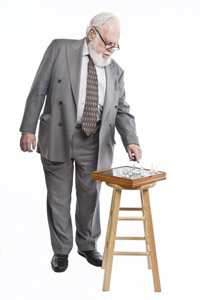 And it was not just space travel and communication that these minds attacked. At the same time, the information theory implications of the discovery that DNA carried the coding of living things were sinking in. Golomb and one of his JPL colleagues were on that case as well.

As he recently wrote: “It was through Max Delbrück, the acknowledged father of molecular genetics, whom I met in 1956, that I met the others in this field. In 1960, on my first visit to London, I took a side-trip to Cambridge, where I spent the day with Francis Crick. He took me to lunch at the Eagle, the pub where Watson and Crick worked out the double helix structure of DNA, according to legend, on the back of a napkin.”

Perhaps Golomb’s most outstanding contribution to the legacy of this outstanding group of colleagues was his analysis of shift register sequences, random-seeming series of bits that concealed a deep, unmistakable and highly conspicuous order to listeners who knew what to listen for.

Golomb created the mathematics behind them while still a graduate student at Harvard. A digital electronic message, he realized, could be modulated 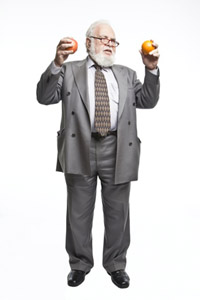 into a shift register sequence produced at a transmitting device. He saw that if the same sequence were built into the receiver, it would be possible to receive much fainter signals than would otherwise be detectable.

The shift register sequence, in effect, repeats the signal over time, so that more total signal energy can be concentrated at the receiver. Over time, the true signal builds while the random noise largely cancels itself out.

When Golomb subsequently came to JPL, he worked with colleagues in turning his insight into critical tools for space communications. In 1961 scored a spectacular success. A powerful radio transmitter aimed a specially modulated radio signal at Venus, while a giant radar receiver that had the same sequence programmed in, listened – and detected the echo, unmistakably clear despite becoming overlaid with pervasive noise on its multimillion mile interplanetary journey.

The radar bounce off Venus provided another remarkable scientific benefit. Radar means “radio detection and ranging.” Using the received signal for ranging gave the most accurate measurement yet of Venus’s exact distance. It also had the unexpected effect of measuring the true value of an “astronomical unit” – the basic distance unit for space travel, the average distance of the earth to the sun. The accepted value, calculations made with the new tool established, was off by 1/1000 – an enormous error for these purposes.

The same radio system mounted on a space vehicle (Mariner 9, on its way to Mars) provided a test of Einstein’s theory of relativity when it sent a signal back to JPL that traveled close to the sun. While the sun’s gravity would bend the path of a physical object, but general relativity predicted that gravity would instead alter the radar pulse’s frequency in specific ways. Analyzing the Mariner signal confirmed Einstein’s prediction more completely than any previous test. 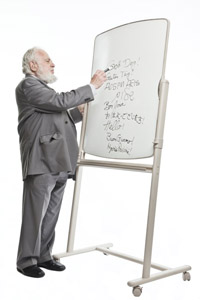 The method has become a basic tool for NASA. Decades later, other Golomb insights enabled the Mars rovers to send back clear video images of what they saw on the surface of the red planet 100 million miles away. The system on the Rovers is known as “Low Complexity Lossless Compression for Images” system, or LOCO-I, and developed by a three-man team of engineers working at Hewlett-Packard Laboratories in Palo Alto. Golomb’s name occurs more than 34 times in their original 2000 paper.

Golomb’s close JPL colleague Andrew Viterbi developed a related mathematical technique for encoding messages that worked for terrestrial purposes called Code Division Multiple Access (CDMA), sending out multiple signals simultaneously over a very wide frequency band at low power. The Viterbi algorithm, which allows users to efficiently recognize the signals coming for one receiver, is now at the heart of the systems that permit a cell phone to pick up messages sent to it – and to no other phone — was the foundation of the Qualcomm company.

And USC Engineering plays a key role in the Golomb-Viterbi relationship. After fruitful years at JPL, Golomb decided to move on to become a professor, while staying in Southern California. While at JPL, “I taught part time at Caltech, at UCLA and at USC, and I got offers from all three." 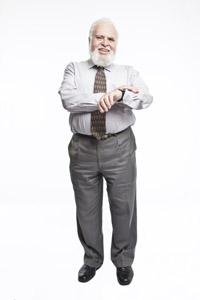 He chose USC, where his JPL colleague Andrew Viterbi had already been studying as a graduate student, ultimately receiving his Ph.D. in engineering in 1962. Golomb not only mentored him for his degree, Viterbi recollected, but assisted in such things as helping find a place for his parents to live. And it was in Golomb's car, on a drive north to the Bay Area, that he had made his decision to propose to his wife, Erna.

"Some people were surprised I chose USC," he said, "but the question I asked myself was the one I ask my students: ‘where can you make the most difference?’”

Golomb’s own wife is Bo, whom he met in Scandinavia while on his fellowship, from whom he learned Danish, which he speaks along with at varying levels Norwegian, Swedish, Danish, Hebrew, German, French, Russian and Chinese.

At USC, Golomb’s awards and those of the school moved forward interconnectedly, in tandem. After arriving at the school, and teaching, and researching, a drumbeat of Golomb honors and occupation of key USC positions came in, one after the other. In 1976, Golomb joined of the National Academy of Engineering, the first USC engineer to achieve the distinction while on the faculty. In 1985 he received the Shannon Award, the highest honor in information technology; in 2000 Richard W. Hamming Gold Medal of the IEEE, followed in 2003 by election to the National Academy of Sciences. He is also a fellow of the American Academy of Arts and Sciences, the American Association for the Advancement of Science, and the Institute for Electrical and Electronics Engineers (IEEE).

His colleague George Bekey came to USC Engineering a year before Golomb’s arrival. “I have known Sol Golomb for almost 50 years, since I arrived at USC in 1962, and my admiration for his knowledge, wisdom, and kindness has continued to grow. I have known several geniuses over the years, and Sol outshines them all, because he is so broad in his interests and abilities. He is a true polymath scholar, with a deep knowledge of mathematics, communication theory, the classics, European history, architecture of Scandinavian churches, the Book of Genesis, multiple languages, wine growing, and puzzle solving.” 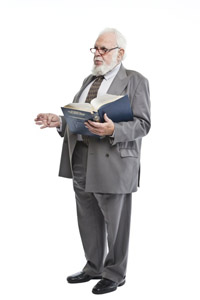 Golomb has long been thinking broadly about the enterprise of education, both about engineering and in a broader context. One area of interest: the growing dominance of non-U.S. students in engineering, particularly at the post-graduate level, a situation that has changed markedly from when he was a 19 year old.

Demographics are one factor. For a long time in the United States, engineers and scientists were second-generation immigrants, whose parents sacrificed “so their children could have a spectacular education.” Golomb’s parents and Viterbi’s — “Andy himself was born in Italy and came to the U.S. at age four” — are examples. For the third and fourth generation, there are easier routes.

And the problem, Golomb says, is intensified because now American would-be engineers are faced with students from China and India, where the competition for few slots is extreme, so the top one percent of 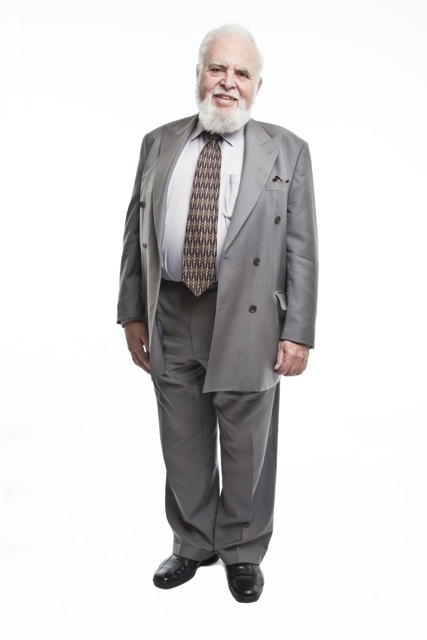 Americans are facing off against the top one tenth or one-hundredth percent from other places: “It is very hard for even the brightest American students to compete and be standouts in that group.”

But beyond this: in the United States, Golomb said, despite the fame and prominence of Steve Jobs, Bill Gates and Mark Zuckerberg, “We have not conveyed the notion that engineering is a glamorous profession. It’s sad that for a significant portion of the population, an engineer is someone who drives a train.”

“There have been a few attempts to have TV series that would appeal to high school age kids that would glamorize specific incidents in general area of science and technology – these have to be subsidized – and how do you get people to watch – there are no obvious or easy answers.”

Which brings up, perhaps, the story of Sol Golomb: not obvious, not an easy story to film, but certainly an inspiration. “He is also a kind and thoughtful person; truly, a giant of a man. I’m proud to call him a friend and colleague,” said Bekey. “USC is indeed fortunate to have him on its faculty.”