The USC REMIND program, headed by Professor Theodore Berger, eyes the next stage of neural prosthetics

The REMIND program is funded to develop a neural prosthesis, in software and in hardware, that can substitute for a part of the brain called the hippocampus, which is responsible for forming new long-term memories. 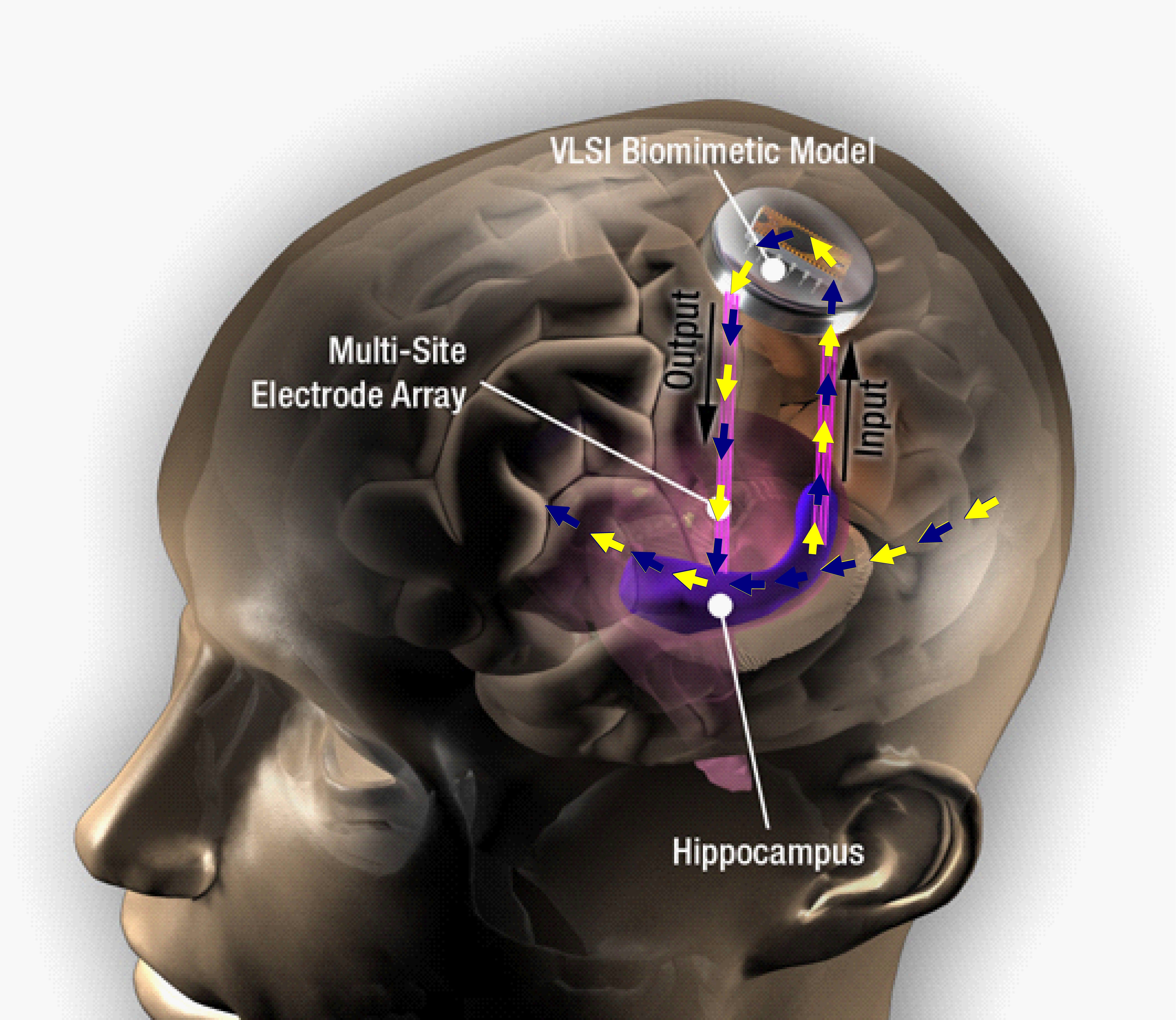 The USC team works in the REMIND program with a co-team of investigators at Wake Forest University and at the University of Kentucky. The PI for the REMIND co-team is Dr. Sam Deadwyler (Prof. of Physiology and Pharmacology) of Wake Forest University School of Medicine, and includes Dr. Rob Hampson (Associate Professor of Physiology and Pharmacology also at Wake Forest) and Dr. Greg Gerhardt of the University of Kentucky Medical School (Prof. of Neurobiology and Anatomy). The REMIND co-team headed by Dr. Deadwyler received an additional $1,763,209 from DARPA for their 2012-2013 Option II component. DARPA has committed a total of $16.8M in support for the REMIND Program during the last four years.