This weekend, with the dreaded sequel to Carmageddon looming, a group of USC students and faculty are devising the perfect counterattack.

The unpredictability of Los Angeles traffic can turn driving into an exercise in frustration. Services such as Google Maps, Sigalert, Inrix and Waze try to provide drivers with the best routes through traffic, but often fail to live up to their predictions. Now, ClearPath, a new smartphone app created by USC Viterbi School of Engineering, prepares to enter the navigation market. This new application seeks to provide the least time-consuming paths for drivers by adjusting to predicted traffic in real time, ensuring the optimal routes with an efficiency unmatched by the competition. 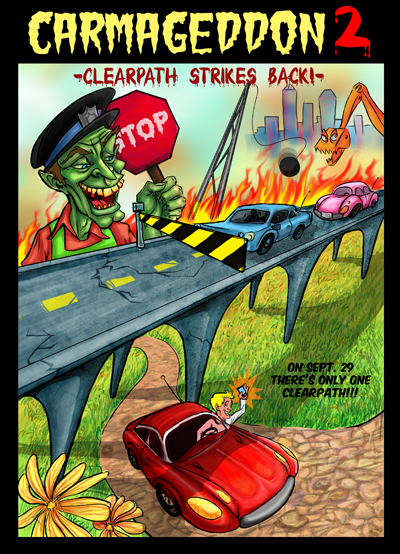 Using data provided by the Los Angeles County Metropolitan Transportation Authority (LA-Metro), ClearPath calculates routes based on existing road networks and predicted traffic patterns while taking weather, travel time and accident delays into consideration. The hope is that the app can create the quickest and most accurate travel route from point A to point B by actively adjusting to the situation.

Cyrus Shahabi, Director of the Integrated Media Systems Center (IMSC) and Professor of Computer Science at USC, said that the idea started several years ago on his commute from Irvine to USC. Back then, Google Maps estimated travel time to be 50 minutes, the trip was actually around 90 minutes.

“My problem is that the traffic changes as you drive,” Shahabi says, “They change in front of you. Hence, we need an algorithm that accounts for all these changes before you even start your commute.”

As a result, Shahabi and Dr. Ugur Demiryurek, Associate Director of Integrated Media Systems Center at USC, began to brainstorm a way to predict traffic in order provide the fastest travel time. Together, they built up the current model of ClearPath that computes its optimal route according to the different traffic conditions at different hours of the day. Demiryurek says Google Maps provides the same route all the time. Worse, it can also provide multiple routes, leaving the driver unsure of which one is better. ClearPath, however, will always give drivers the best path to their destinations depending on their departure time and day

“Our technology relies on the models of how traffic will behave, created from historical data and updated with real-time data and events” Demiryurek says.

One of the major technological advantages is that data is obtained from L.A. Metro, which allows the computer to predict future traffic more accurately. This provides ClearPath with an edge against its competitors in the road navigation market. All current solutions are inaccurate, Shahabi says, but people are getting used to inaccuracy. For example, a recent popular traffic app, called Waze, gets all its appeal from its social networking GUI and crowd sourced data collection (e.g., reporting police location), while the traffic information and route planning are less accurate than those of the current Google Maps. The point is that all these appeals are known art and can be integrated into any new app. Hopefully, ClearPath will provide the most accurate routes with all the appeals and attract customers away from the less reliable alternatives.

Chris O'Connell, an MBA candidate at the USC Marshall School of Business, is in charge of ClearPath's business strategy. He foresees the challenge to be battling with the name recognition of Google Maps and popularity of Waze. O’Connell believes that the routes provided by ClearPath are better and quicker; the trick is to get over the hurdle of the other brands' popularity. He hopes that by showing side-by-side comparisons, consumers will see how much time they can save by using ClearPath.