USC featured in "The CNN 10: Inventions" 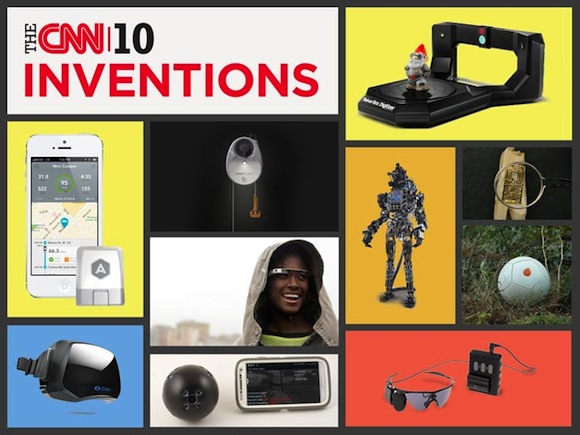 CNN released its list of the “CNN 10,” a compilation of 10 new inventions in technology and related fields with vast, game-changing potential. Some are in the prototype stage, while others are available on the market today.

Two of the 10 inventions featured originated at USC: one with strong connections to USC Viterbi.

The first is the Argus II Retinal Prosthesis System, a revolutionary artificial retina that restores sight to the blind. The first commercially available device of its kind, it was developed by Dr. Mark Humayun, a professor of biomedical engineering, ophthalmology, and cell and neurobiology at the USC Viterbi School of Engineering and Keck School of Medicine of USC. A significant part of that work has been conducted under the auspices of BMES, the BioMimetics Engineering Systems center, an Engineering Research Center between USC Viterbi and the Keck School of Medicine of USC, supported by the National Science Foundation from 2003 through 2013.

Argus II is manufactured by Second Sight Medical Products, headed by Robert Greenberg, Humayun's former graduate student at Johns Hopkins. The device has been available in Europe since 2011 and received approval from the FDA in February 2013. It is now available for adults age 25 and over.

The Argus II treats retinitis pigmentosa, a condition that causes the loss of the light-sensitive cells of the retina at the back of the eye. Argus II requires a surgical implant in the eye that contains an antenna and electronic elements that connect to an exterior element that includes the eyeglasses, a video processing unit and a connecting cable. The glasses have a camera that sends the image information through the video processing unit to the implant.

Humayun has a personal link to blindness and the crippling effect it can have on an individual who loses her vision, inspiring him to lead a 25-year effort to engineer a solution.

“I vividly remember when my grandmother went blind,” Humayun said. “I remember in medical school taking her to one of the best hospitals, if not the best hospital, the Wilmer Eye Institute at Johns Hopkins Hospital. They looked at her eye condition and said they didn’t know what to do. I saw first hand this incredible need to be able to help patients with this blindness – seeing it with my grandmother. She just gave up on life.”

The first implant of the Argus system occurred in 2002 at the USC Eye Institute, with Humayun leading the operation, suturing a fingernail-sized package containing a computer chip to the outside of the eye wall, and attaching an even smaller microelectrode array directly to the surface of the retina.

Also on the CNN 10 list is Oculus Rift, a head-mounted, virtual-reality device designed for more a immersive video game experience. Rift was designed by Palmer Luckey, a 20-year-old self-taught engineer who worked at the University of Southern California’s Institute for Creative Technologies, whose staff includes researchers, designers and engineers from USC Viterbi and the USC School of Cinematic Arts, among other schools and organizations.