USC and the Indo-US Science and Technology Forum recently signed an agreement to renew the highly successful Viterbi-India summer research program at least until 2016.

This prestigious research program has brought 13 of the brightest electrical engineering and computer science minds from Indian universities to USC for advanced research each of the past two summers. Thanks to increased support, the program funding will double, allowing 20 Indian students to come to USC each year over the next four summers.

The program benefits both Indian students and USC.

For USC, the benefits are many.

“We want to get the top-notch students from everywhere in the world and certainly there are very, very good students in India,” says Cauligi Raghavendra, the Viterbi School’s vice dean for global academic initiatives who played an integral role in the program’s extension. “You also create a strong interaction between our faculty and their faculty. Students will go back and explain to their professors what they did here, and then that professor will likely connect with a USC professor here. The student acts as a conduit, which allows for more collaborative research.”

Additionally, the program extends USC’s global reach in an increasingly interconnected world.
Program admission is quite competitive, with the number of applicants far exceeding the number of spaces alloted. 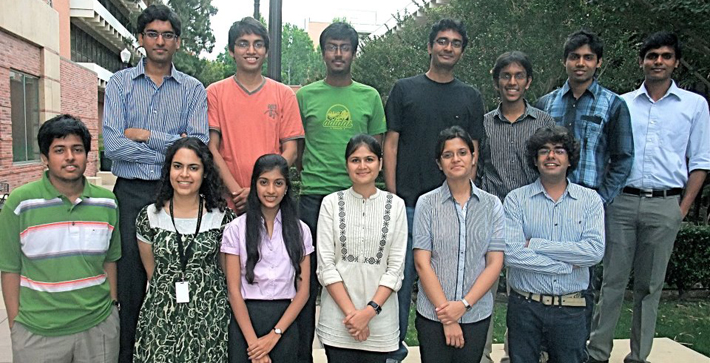