The Future of Ride-Sharing 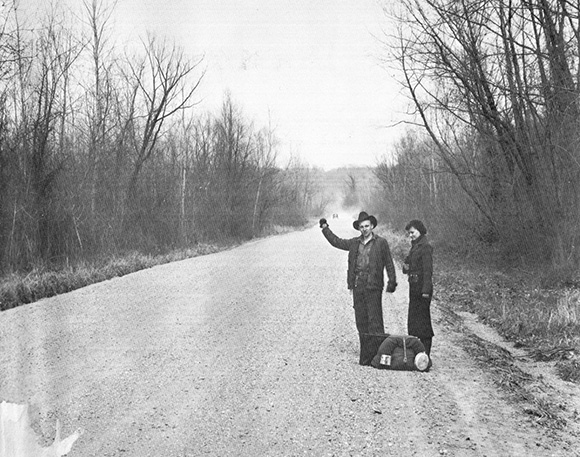 In the year 2050, what will everyday transportation look like? How will we get to work or run a few errands? Will we, like so many do today, hop in a car solo?

Maged Dessouky sees the future differently: a dynamic marketplace where entering your destination into a device summons a driverless car to collect you. Simultaneously, users nearby with similar route requests enter the queue to share the car with you. A nuanced combination of cost-sharing, cars for hire, and a community of users will come together to form the future of transportation. 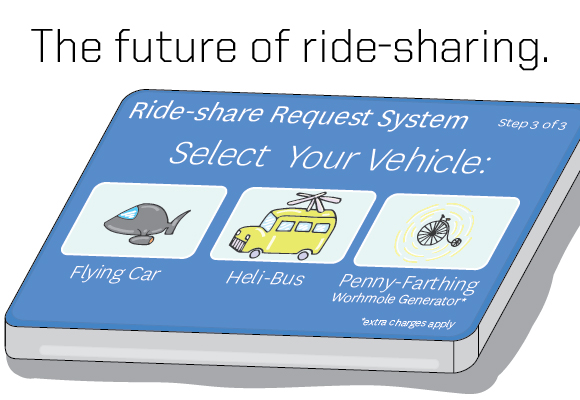 Maged Dessouky from the Daniel J. Epstein Department of Industrial and Systems Engineering along with co-PIs Sven Koenig and Fernando Ordonez secured a $1 million grant from the Federal Highway Administration under the Broad Agency 2 Announcement of Exploratory Advanced Research to build the algorithms for such a future.

“They told us, ‘Envision a transportation system 30 to 40 years down the road,’” Dessouky said. “So we started developing this auction mechanism where people price their idle vehicle capacity and sell it on the marketplace. But what became interesting to me was that, by the time the project got funded, there was already an industry emerging that’s doing it today.”

Indeed, companies like Lyft, Sidecar, Uber and Avego, among others, are blazing a trail for car-for-hire and cost-sharing systems.

How do they work?

Car-for-hire companies like Lyft operate much like a taxi, while steering clear of that very term, since taxis require specific and expensive permits to operate. Lyft drivers register with the service, pass a background check, and use the free mobile app to provide taxi services with their own car whenever they choose. The Lyft software calculates a “suggested donation” for the rider to pay at the culmination of the trip. This term too is carefully chosen—a fare would imply this was a taxi service. But remember: it’s a “car for hire.”

Cost-sharing systems like Avego allow users to share their car with other people on their route in exchange for a portion of the cost of the trip. The software that manages this type of transaction calculates the financial impact of picking up a co-commuter based on the driver’s inconvenience and the overall length of the trip.

With cost-sharing, the money is exchanged between the driver and passenger. Companies that facilitate this exchange may charge a transaction fee or work with local governments and employers to subsidize the system.

Taxi companies, which may spend up to $1 million to secure proper operating permits, are not pleased with this new wave of ride-sharing technology, and local governments are being forced to either turn a blind eye or shut these new services down. In Los Angeles, the Department of Transportation sent cease and desist letters to Uber, Lyft and Sidecar, as they were "operating taxi companies without the proper permits." The issue has since been pushed to the state level, and the California Public Utilities Commission has made a temporary agreement with the aforementioned ride-sharing companies, allowing them to continue operating.

In an April workshop with ride-sharing industry leaders, Dessouky outlined the keys to full deployment of these systems: meeting the demand for drivers and getting people to try a ride-sharing service for the first time. Once people try it, they are likely to have a positive experience and use it again.

“It’s not yet the dynamic marketplace that we see it becoming," Dessouky said. "And it’s not because the technology’s not there—the technology is there now. It’s just that you need drivers and you need passengers. And that’s the key—how do we get them?”

Getting people to try something new like ride-sharing requires both a cultural shift and a clear financial incentive. Decades after informal hitchhiking fell off the map due to safety concerns, ride-sharing apps are taking advantage of something tech-savvy users are accustomed to trusting: ratings.

Key to the ride-sharing industry is user ratings of both drivers and passengers. People are much more likely to enter a stranger’s car if dozens of users have given him/her 4 out of 5 stars.

In terms of financial incentives, it’s not yet clear where the threshold lies that will spur behavior changes. If gas cost $30 per gallon and every freeway charged a $10 toll, ride-sharing would become a financial imperative. But where exactly the tipping point in between lies for each person is not yet clear.