In quest for space, USC Rocket Propulsion Laboratory launches their largest, most advanced rocket yet

The USC Rocket Propulsion Laboratory is a student-run group in the USC Viterbi School of Engineering. Founded in 2004 by Ian Whittinghill, the group builds rockets from the ground up. In 2011, they built their largest rocket yet, named Traveler, with plans to send it just past the border of our atmosphere and reach the beginnings of outer space.

On Sept. 21 in the Nevada desert, the group successfully launched Traveler. Although it did not reach its goal, it was still an invaluable experience for the team and marks some historic firsts for the Rocket Lab: it was the biggest rocket with the most advanced tracking system they’ve ever built. And having the opportunity to launch the rocket, which required clearances from multiple government agencies, is an achievement in itself.

Continue reading for the full account of this historic rocket launch. 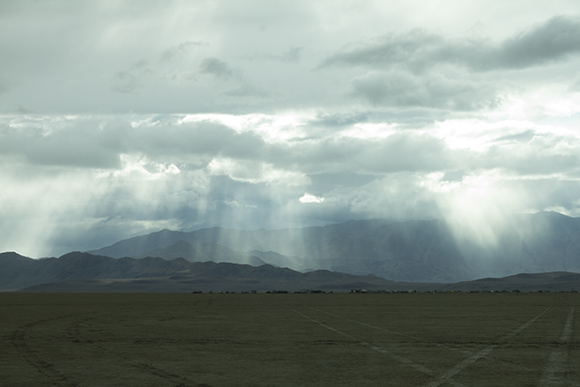 The Black Rock Desert lies two hours north of Reno, Nevada, but it feels worlds away from civilization. The dry lakebed, or playa, is surrounded by mountains and goes on for mile after mile of flat, dusty, cracked sand. 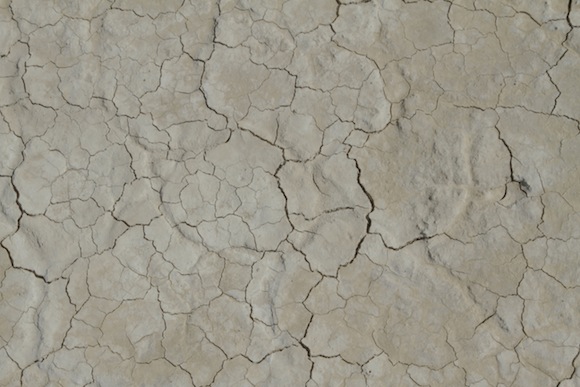 Its remote location makes it the perfect spot for groups like the USC Rocket Propulsion Laboratory to launch their craft. The student group built a rocket, dubbed Traveler after the school’s famous mascot, with plans to launch the first student-built rocket into space.

On Friday, Sept. 20 the team was assembled to prepare for the launch and recovery of the vessel.
Inside a mobile trailer, students assembled the rocket: pinning together the pieces of the main body, installing the avionics system, which provides all the tracking and data of the rocket, and capping it with the nose cone, signed by none other than famous astrophysicist Neil deGrasse Tyson.

These highly driven students designed and built Traveler over two years ago, but getting the clearances to send it to space proved challenging to secure. After several denied requests from the Federal Aviation Administration to send Traveler to the sky, this year the stars finally aligned for the Rocket Lab. They had all the required permits, maps with designated landing zones and a no fly zone in place for their launch.

But then there’s the weather.

The team’s first opportunity to launch was on Friday, Sept. 20 between 5:00 and 7:00 p.m. But the winds rushing through the playa at 30 miles per hour put a damper on things: the team couldn’t launch with winds over 17 mph.

By the time the winds finally died down, the window had unfortunately closed.

After that, they had to wait an entire day for the next window from 5:00 to 7:00. Several members of the group went to the nearby town of Gerlach, Nevada to watch the USC football game. Team leader Jordan Noone mused that he was in no frame of mind to enjoy a football game, saying, "It's not 'Beat the Aggies;' it's 'Beat the Atmosphere!'"

While the winds cooperated on Saturday, the rain and clouds did not.

The playa is a long stretch of fine, powdery sand. Any moisture turns it into a muddy pool, which would make recovering the rocket and leaving the area a near impossibility.

Although it did lightly rain in the afternoon, luckily it didn’t hinder the operation. But at 5:00 p.m. when the rocket was loaded on the launch pad and teams were standing by, the low clouds presented a new problem: the clearance the FAA granted the team specified that they cannot launch with low cloud cover. And that’s exactly what they had.

An approaching hole in the clouds provided a ray of hope, and launch was postponed until that window in the cloud cover was directly overhead.

Nearly 40 minutes later, the overhead clouds now gone, the Rocket Lab began the countdown, but it was soon ceased by a voice coming over the two-way radios: “Wait. There’s a train.”

Yes, the team, poised to launch the first rocket built by a student group to outer space, had to wait four minutes for a train to pass through the valley.

At 6:07 p.m. on Saturday, Sept. 21, the weather, FAA regulations and train schedules aligned, and Traveler launched triumphantly into the air.

It takes approximately 13 minutes for a rocket to reach the border of space and fall back to earth, but within seconds of liftoff, pieces of the rocket were scattered across the playa.

As launch crew team member Sarah Cusson explained, “It looked like it exploded around 20,000 feet. It was burning too fast. When a rocket goes up, only a certain amount of fuel is supposed to burn at once; and too much was burning, which caused a pressure spike, and the casing basically split in two.”

Far from downtrodden, the team quickly rushed to gather the fallen pieces of the rocket: the nose cone here, the main body there, a fin nearby. They all seemed eager to piece together what went wrong, learn from the experience, and start to build Traveler II.

Ian Whittinghill, who founded the USC Rocket Lab in 2004, explained the team’s outlook in the face of what may seem to be a failure.

“Despite the fact that it didn’t quite make it all the way, it was an amazing set of firsts for the lab: the biggest rocket ever flown with the most advanced avionics. The number of failures are small in comparison the number of successes, and we are so well poised to try again.”

Team member Brandon Edelson agreed: "To us, the failures are almost as cool as the successes. When it explodes, it’s just as awesome.”