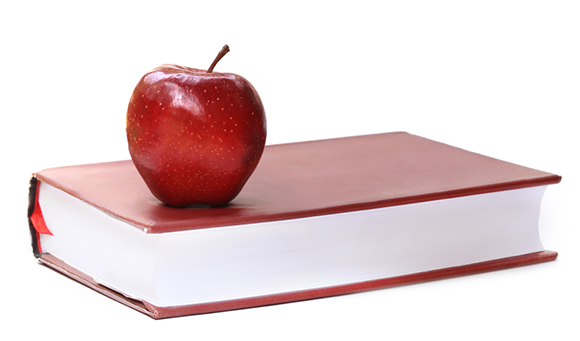 “Your brother over here doesn’t have anything to share,” Redekopp said tapping rapidly on the screen, “so I’m going to push this guy up, and this one comes down. But now you have children… and you have to make sure that each parent has the right number.”

The numbers represent bits of data, and the professor is talking about how to organize them most efficiently in an operating system. Instead of putting his listeners to sleep with this potentially boring and dry subject, however, he is bringing it to life with a combination of wit, passion and just a dash of eccentricity.

“But when you get too big,” he went on, “what do you do? Kaboom – you explode, break up into little pieces!” He pounded the screen as the students’ faces lit up in apparent understanding.

Welcome to Redekopp’s world of computer engineering in which numbers have children and symbols explode. “All right,” he triumphantly concluded, “you get it – very good!”

And they do get it. That’s one of the reasons Redekopp won the 2010 USC Viterbi School Northrop Grumman Excellence in Teaching Award.

Redekopp, 35, didn’t always see shapes on a screen as people engaged in familial conflicts. Once he was just another engineer at Raytheon, an international aerospace and defense contractor, designing processors for satellites and software systems for airplanes. But he always had teaching in his blood, Redekopp said, at least in part due to his professor father, Larry G. Redekopp, who teaches aerospace and mechanical engineering on the very same campus. In 2012, the elder Redekopp won a Mellon Undergraduate Mentoring Award.

“That’s how I wound up here,” Mark Redekopp said. “I’ve always been around teaching – my mother was a teacher too – and it kind of got into me. I wanted to have some influence on young people’s lives.”

After earning a master’s in computer engineering and computer science at USC Viterbi, he went to work for Raytheon. Then, in 2002, Redekopp was named an associate professor of engineering practice in electrical engineering systems. The rest, as they say, is history.
Redekopp, who teaches digital design, computer architecture and embedded systems design, sees himself primarily as an interpreter.

“My job is to translate very conceptual, and sometimes complex, ideas into a language that someone else can understand,” he said. “In order to do that, you have to connect with something they already know. I’m a very visual person, so I always try to find visual analogies with lots of images and animations.”

Judging from the feedback he receives, the young professor – who often wears jeans to school and looks like a student himself – generally hits home runs in the classroom. “Great professor,” wrote one student on Rate My Professors.com, a website rating teachers nationwide. On a scale of 1 to 5, Redekopp has a 4.9. “What could have been a very boring hardware class,” the student went on, “turned into one of my favorite of classes of college.”

Gushed someone else: “He is, without a doubt, the best professor at USC.”

The high ratings were echoed by several witnesses to the recent numbers explosion in computer engineering. “He’s very interactive and definitely energetic,” Brian Schwedock, a 19-year-old computer engineering and computer science major, said of Redekopp, with whom he’s taken two courses. “He talks loudly and walks around; I haven’t fallen asleep yet.”

Eighteen-year-old sophomore Rick Ley agreed. “I’ve had a great experience with him. He’s really invested and concerned about how we respond.”

In fact, Redekopp believes that being concerned about students is part of what makes him so good. “A lot of teaching is about caring,” he said. “For me that’s pivotal, really wanting them to succeed. I like knowing my students outside class; I want them not just to be great engineers, but great people.”

Among other things, he frequently advises students on internships and employment opportunities as well as, when necessary, personal issues potentially interfering with their learning.

He has other outlets for caring as well. The father of two boys, ages 6 and 4, Redekopp and his wife are active in a local church through which he manages a robotics team for children in low income neighborhoods. The couple also works with a nonprofit agency operating an elementary and junior high school in Africa. And when he’s not busy with those projects, he likes playing basketball and running track.

But it’s teaching that makes the professor’s heart soar. “I’m doing what I want to be doing,” said Redekopp, who’s also working on a Ph.D. at USC Viterbi. “I love exploring new ways to expand the impact of what I’m teaching.”

In the early days that took the form of giving mock lectures in front of his wife, a nurse with no background in engineering. “Whatever questions she had were the questions a student would ask,” he said. “It helped me calibrate.”

These days he calibrates alone. “That’s what I do lying in bed at night,” Redekopp said, “try to come up with exactly the right analogy to make them laugh and learn.”