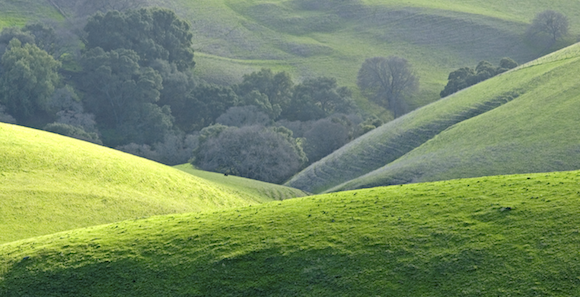 The inaugural winners of the Fleischer Prize in Green Technology are Babak Zareiyan, Parth N. Patel and Amy Bergeron, who collaborated on their project, Contour Crafting (Adobe-Concrete). They outline ways to use adobe rather than concrete and other materials when building homes with automated construction, also called “contour crafting.” Using adobe would be advantageous because of its low cost, widespread availability and low environmental impact.

"Innovation lies at the intersection of feasibility, viability and desirability,” said USC Viterbi Dean Yannis C. Yortsos. “The Fleischer Prize helps us advance such innovation for green technologies by also exploring their economic viability. It is aptly named after Professor Gerry Fleischer, a pioneer in the field of engineering economy and a long-time USC Viterbi faculty."

The Fleischer Prize was established by Dr. Gerald Fleischer when he was awarded the National Engineering Economy Teaching Excellence Award by the American Society of Engineering Education. The inaugural award, which carries a $10,000 honorarium, was presented to Dr. Fleischer at the 2010 Annual Meeting of the ASEE. Dr. Fleischer elected not to keep the honorarium. Instead, he generously donated its entire amount to USC Viterbi for the purpose of establishing the annual Fleischer Prize In Green Technology.

Dr. Fleischer earned his baccalaureate degree in industrial engineering from St. Louis University in 1954. In 1959, he completed his Master of Science degree in industrial engineering from the University of California at Berkeley, and in 1962, he earned his doctorate from Stanford University. Following a three-year enlistment in the United States Navy and academic positions with both Stanford University and the University of Michigan, he came to USC in 1964 as an Associate Professor of Industrial and Systems Engineering (ISE). From 1971 to 1997 he was Professor of ISE, and in 1998, he became Professor Emeritus. While at USC, Dr. Fleischer was immersed in various academic activities and positions, including University Marshall from 1982 to 1987 and President of the Academic Senate from 1996 to 1997. Additionally, he co-founded the Engineering Faculty Council, a pivotally important faculty governance organization, in 1992 and served as its President from 1995 to 1997.

To say that Dr. Fleischer is an internationally renowned academician is patent understatement. He has served as a UNESCO expert in Engineering Economics in Venezuela, he was a Fulbright Senior Lecturer in Ecuador, and he served as a Visiting Professor at the Chinese University Faculty of Business and Faculty of Engineering in Hong Kong. He chaired the editorial board of The Engineering Economist, he has been a Fellow of the Institute for the Advancement of Engineering since 1976, and he was elected Fellow of the Institute of Industrial Engineers in 1978. Dr. Fleischer is the 1991 recipient of the Wellington Award, which is given annually to the Outstanding Engineering Economist in industrial engineering.