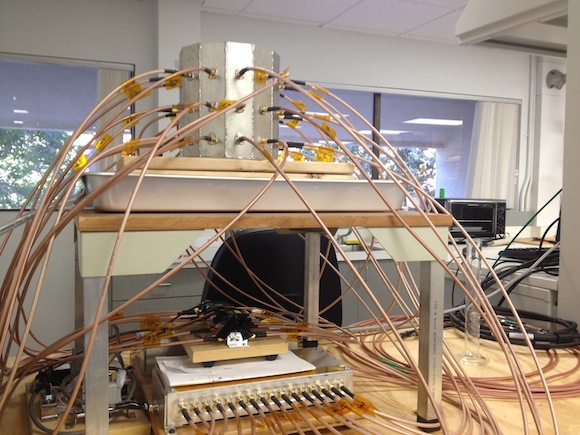 “It hurt so much less than I thought it was going to hurt!” she said in front of her cohosts and a slew of television cameras, broadcasting live from New York.

When Amy Robach agreed to get a mammogram on live television for Good Morning America’s Breast Cancer Awareness program, she admitted that she had been putting off the task. As a 40-year-old woman, it was time to start getting regular mammograms, but she found herself doing the same thing so many women do—finding any reason to postpone. Fear of the pain the procedure causes and general anxiety are among the top reasons cited by women for neglecting the National Cancer Institute’s recommendation that women over 40 get screened every one to two years.

But Robach was lucky that she participated in the most public mammogram in history: it turns out that she had breast cancer.

How can we change the way mammograms are conducted to make people like Robach more comfortable and more likely to undergo this potentially life-saving diagnostic test?

The research group of Professor Mahta Moghaddam in the Ming Hsieh Electrical Engineering Department in the USC Viterbi School of Engineering is developing a novel imaging and treatment system for breast cancer. Research Assistant Professor John Stang is the technical lead of the project, which he has been pursuing for more than three years.

Their system is different in several key ways. Firstly, the breast doesn’t need to be flattened to get an image of the layers of tissue. Instead, this apparatus would function with the patient lying down on a surface and allowing the breast tissue to rest naturally inside two imaging tunnels. This means imaging can be done without the painful pressing of the tender breast tissue.

Secondly, it doesn’t use X-rays to render an image of the breast tissue as current mammograms do. It uses much safer microwaves.

“Microwave radiation is not really radiation radiation,” Moghaddam explained. “It’s just like your cell phone, a little higher power than that of course, but it’s not intrinsically harmful.”

“One of the goals is to replace lumpectomy with this,” explained Stang. “You would have the temperature high enough to actually cook the tumor in place of a surgical removal.”

A neatly arranged network of amplifiers feeds several small antennas aimed at various angles, allowing the device to focus heat on a specific interior section of the tissue, which means it could cook cancer the way microwave ovens cook bean burritos.

The next step to implementing this new system is to build a clinical prototype. The hope is to collaborate with experts from radiology in the Keck School of Medicine of USC. A few years down the road, there could be a new type of mammogram (and a new type of treatment if cancer is found) that causes less pain and worries for patients, which means more people being screened and more lives saved.