Saying Goodbye to a Family Member 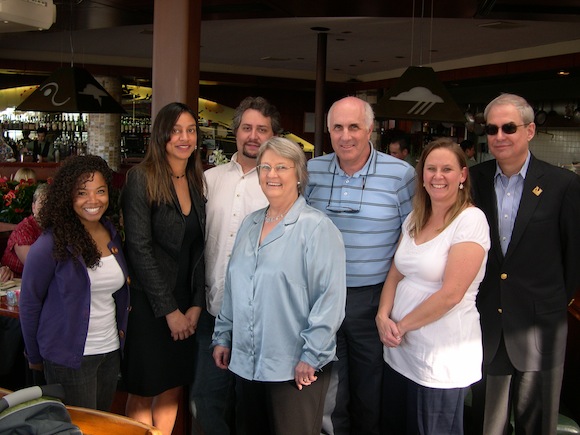 Even when there’s time to prepare for goodbyes, nothing can really prepare family and friends for the loss of a loved one.

USC Viterbi lost one of its own recently. Mary Francis, a budget business analyst with the Ming Hsieh Department of Electrical Engineering, who died of lung cancer on June 22. She was 64 years old.

Francis, who lived in Long Beach, was “like a second mom to a lot of students,” said Gloria Halfacre, Francis’ USC Viterbi colleague and a coordinator in the Signal and Image Processing Institute.

Going above and beyond her job description, Francis often took students under her wing, whether by helping arrange their international travel (and finding the best deals) or reading over their papers to check for proper grammar, which was particularly helpful to those for whom English isn’t their first language.

When Francis began experiencing health issues earlier this year with leg problems, no one realized how serious it would turn out. But an MRI revealed she had inoperable stage-four lung cancer that had spread to her spine.

USC Viterbi students and staff moved swiftly to make sure Francis got all the help and support she needed in her final months.

A group of 16 Ph.D. and post-doctoral students in Shrikanth Narayanan's SAIL Lab collaborated on a shared Google doc called “Mary’s Care,” which they used to coordinate shuttling Francis to and from doctor’s appointments, running errands or visiting her at the hospital to keep her company. If Francis needed help, she would send out a text to the students, and someone would drop what they were doing to meet her.

“I saw our lab come together to support Mary, showing how much she means to all of us,” said Danny Bone, a Ph.D. candidate in electrical engineering who stepped up to help Francis. Bone said USC Viterbi is a family that he is “proud to be a part of.”

“The students really went above and beyond,” Halfacre said. “They did this totally on their own, without me or anyone else prompting them. It just blew me away.” 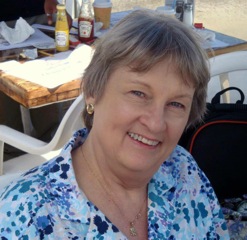 A few weeks ago, Francis was transferred to a an assisted living residence in Oak Park Heights, Minn., to be close to her family and friends. But even as the cancer progressed, Halfacre said Francis still wanted to come back to work.

Last month, Halfacre began collecting money for the American Cancer Society’s Relay for Life in Venice in Francis’ honor and in memoriam of friends and family Halfacre has lost to cancer, including her own mother, who died of lung cancer.

Raising that money in some way seems like the perfect payback for all the times Francis bought Girl Scout nuts and candies from Halfacre’s daughter.

“Mary knew I liked the chocolate-covered raisins,” she said. “So she’d always buy a bunch from my daughter. When it was a holiday, she’d wrap those up and give them to me, which was hilarious.”

Bone, the electrical engineering Ph.D. student, said students would always stop by Francis’ desk, where she kept candy in a jar.

“We would stop by for candy and to say hello,” he said. “She actually arranged to keep that candy jar full in the future.”

It’s the kind of thing only Mary Francis would think to do.