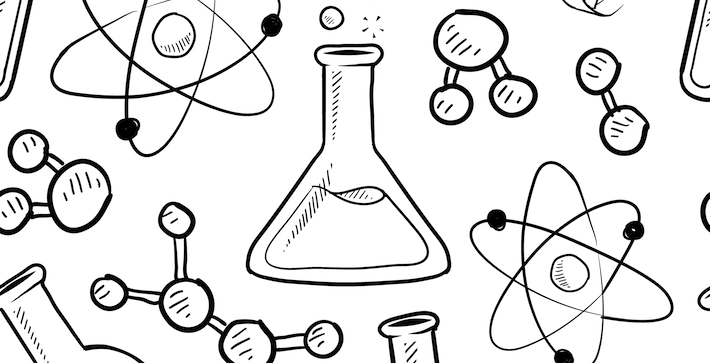 Samantha Wathugala, 17, is a scientific thinker through and through. After doing research in the Armani Research Lab, winning first place at the LA County Science Fair, and getting fourth place at the Intel International Science and Engineering Fair, she still sums up her experience noting the lack of a control group. “This is my first time working in a lab at all, doing relevant research, and I think I did a good job,” she said with a smile. “But I have no basis for comparison!”

It all started when her mother, Deepa Wathugala, struck up a conversation with USC Dornsife Professor Sarah Feakins on the bus from Palos Verdes to Los Angeles. Deepa Wathugala mentioned that Samantha was interested in doing research, but didn’t quite know where to start, so Feakins invited Samantha to visit her lab and discuss science and possible research.

As Feakins showed Samantha the tools of the earth science lab, she noticed that Samantha didn’t seem completely engrossed and asked her, “So what are you really interested in?”

“You should talk to Professor Andrea Armani.”

After a few emails and a Skype interview, Armani invited Wathugala to join her lab for the summer. Wathugala finished her junior year at Palos Verdes Peninsula High School on Thursday, June 6, 2013, and on Monday, she was on the bus to go to USC to start working in the lab for the summer.

Mentored by Ph.D. student Mark Harrison, Wathugala set to work preparing silica sol gels with slightly varied recipes to see how it affected the properties of the thin glass coatings. By varying the amount of water, how long it sets, how fast it’s spun down, and how long you anneal them--or heat them up--you can get films with different thickness, density, and clarity, which allows light to pass through and reflect off them differently. And since these coatings go on biosensors or wave guides for lasers, different properties can have big effects.

As she prepared these variations of silica sol gel films, she noticed that some of her controls—where she was following the unchanged recipe--weren’t turning out right. They had small pores in them.

Wathugala went into “detective mode” and discovered that at a key part of the procedure, she wasn’t allowing the samples to come to room temperature before she spun them, and that was causing the pores to form.

Making porous films is required in some experiments, but this was not the way that researchers prepared them. Wathugala discussed this with Harrison and did some more reading about silica sol gels and ways to make porous films. She realized she had potentially stumbled across a much better way to produce them.

“It turns out that not only is spinning cold samples not the way people have been making pores, it’s also a lot easier and less expensive. Really, all you have to do is be impatient like a high school student.”

It was this project entitled “Dependence of Silica Sol-Gel Thin Film Material Properties on Fabrication Methods” that she presented at the Palos Verdes Peninsula High School science fair on March 12, 2014. After winning first place in physics, she advanced to the Los Angeles County Science Fair on March 27, 2014 and not only won first place in the physics category but was also selected to represent Los Angeles County at the Intel International Science and Engineering Fair, where she won fourth place in engineering materials and bioengineering.

Harrison was quite impressed with Wathugala's research skills. "She had very creative ideas about how to approach problems in her project," he said. "Her ideas as well as her ability to ask very good questions about what she was working on (and not letting me give any simplistic answers) particularly impressed me, as those are skills that I don't think many high-school-aged people have."