Your Friends are Cooler than You 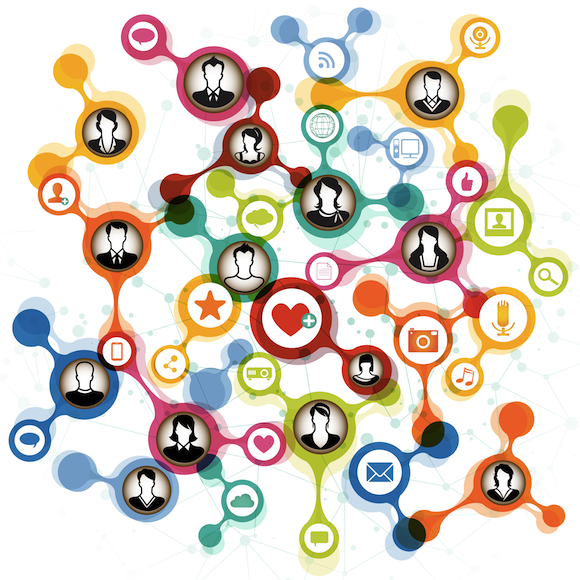 Browsing your social media newsfeed on a slow Saturday afternoon might leave you with mixed feelings. Your social media connections are posting pictures from a recent vacation to Hawaii, a BBQ with friends or an update about a big life event: a new job, a published book or a newly adopted dog. It can leave you thinking that most of your friends are more popular, do more interesting things and have more friends than you do.

And according to new research from the Information Sciences Institute at the USC Viterbi School of Engineering, it’s true. They are.

Specifically, Lerman and her collaborators looked deeper than the average, or mean, of connections on social media sites like Twitter. They looked at the median: if you listed all your social media connections in order of number of friends they had, the median is the person in the middle. This metric is more meaningful than an average, which can be heavily skewed by one outlier, such as being friends with Lady Gaga.

And it’s not just number of connections where your friends are surpassing you: your friends post more often than you do and see more novel and higher quality content than you do on their social media feeds.

This stronger friendship paradox holds for 98% of a population. Which means virtually everyone, except the Lady Gagas of the social media world, have friends more popular than themselves.

Now that Lerman and her team have updated the friendship paradox, how can engineers exploit this phenomenon?

“It might seem like some weird paradox that has no applications to reality, but actually it does,” said Lerman. For example, suppose you only have five doses of a vaccine for the Ebola virus, and you’re going through a small village in Africa to administer the limited number of life-saving vaccines. Who should get vaccinated to have the maximum impact for shielding a small population from this deadly disease?

To harness the power of the friendship paradox, instead of choosing five people at random, you should actually ask people who their friends are, pick one of the friends at random and vaccinate them. This tactic would be more a more efficient way to stop the spread of the disease with limited resources.

Manually collecting data to make a map of a social network even for a small population can take years, but social media is an ideal research tool because all the connection data is already available. And the vast treasure trove of social media network data is practically bottomless. Facebook has over 1.23 billion active users. On Twitter, 271 million users compose half a billion tweets each day. Every minute, 100 hours of video are uploaded to YouTube. And it’s all still growing, with more users signing up and new platforms coming onto the scene.

Understanding the dynamics of these large social networks can have enormous impacts on large social problems. Social media has helped overthrow dictators, it has led to the arrest of criminals, and it has exposed police brutality in places like Ferguson, Mo. that otherwise might have gone unnoticed. Social media increases global awareness, civic engagement and voting rates. It’s where we go for breaking news, to expand our minds and connect with friends. Mining this rich resource for information can only lead to better lives for the users who provide such data.

“Social media platforms like this have the potential to be a force for social good,” Lerman said, echoing the ideals of Engineering+. “It brings up the possibility for social engineering. You can improve cognitive functioning through socializing, and Facebook could encourage socializing for instance among elderly populations who might be at risk for diminishing cognitive abilities. You can also help support people toward their goals, such as finishing high school.”

And the possibilities for finding patterns in people’s social networks is not limited to tweets, status updates and posts to Reddit. Lerman plans to bring the same focus to large datasets made available on the internet such as the last 100 years of patents, legal decisions and science articles. “All of these represent social networks in which information, innovations and new ideas spread. We study all of them,” said Lerman.

Lerman’s interest in social media piqued when she found herself on Flickr in 2006. “I was so fascinated with following links between people and photographs and text,” said Lerman. “I had to justify spending all that time somehow, so I made it my research focus, and I haven’t looked back since. There are so many questions that are fascinating.”