Local elementary and middle school students at the April 7 USC Robotics Open House learned about robotics and the value of STEM education.

On Tuesday, April 7, USC's Robotics and Autonomous Systems Center (RASC) held its annual Open House (click here to view more images), which attracts up to 2,000 K-12 students from all over Southern California, from Desert Hot Springs to Venice Beach to Compton and USC’s own neighborhood schools. They interact with the Center's 80-plus research robots. In case you missed it, here are 10 reasons to love USC Viterbi's robots.

10) They care about your health.

DragonBot usually spends its time at local elementary schools, most recently helping to teach students about healthy eating. But at the Open House, DragonBot’s interactive skills were used as a host. DragonBot greeted students as they entered, answering any of the questions they had about robots.

9) They are saving our oceans.

The EcoMapper, an autonomous underwater vehicle, can stay underwater for up to 10 hours at a time, mapping water quality and currents. Multiple video screens at the Open House gave visitors a glimpse into this underwater world, with footage of the robot at work.

Sphero is a small ball that primarily exists for recreational purposes: it changes color, is controlled by remote and rolls around at speeds up to 4.5 miles per hour. Students used re-purposed Playstation remotes to race their Spheros around a closed pen, sparking a game of Sphero-tag. 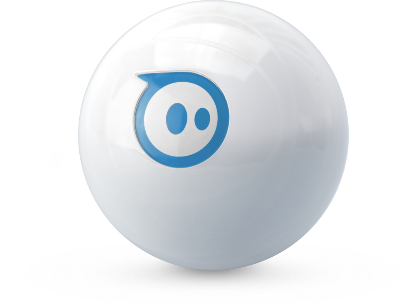 Mandy, the ARM-S competition robot, can quickly remove lug nuts on a tire with a wrench and knows how to use a drill, but the robot also can be gentle. Its hulking arms clasped the teddy bear of Lauren, a first grader attending the event. “It’s cool that he can pick stuff up but it was scary when he had my bear,” she said.

Strong and visibly buff, Bandit specializes in coaching exercise - currently patients at the Rancho Los Amigos National Rehabilitation Center. Bandit is a humanoid robot that coaches autistic children and rehab patients by demonstrating exercises, which patients then copy. Although Bandit didn’t lead exercises at Open House, a display showed what Bandit would look like if the robot were sliced in half, revealing the hidden inner-workings of robots.

5) They can run your errands.

Ava, an iRobot, has vision and movement capacities that allow it to complete tasks, like returning library books. When students said, “Ava, go to the library,” the robot rolled over to the lab’s corner bookshelf. And when one student specifically asked Ava for "Cat in the Hat," Ava pulled up the book’s text on its screen.

4) They can do your chores.

At just 10 centimeters long, the tiny Crazyflie 2.0 doesn’t seem capable of accomplishing large-scale tasks, like washing windows, stacking shelves, or making deliveries. However, the robot wouldn’t be working alone — researchers are using the Crazyflie to study multi-robot coordination, which allows groups of robots to work together. “I like these robots because its easy to see that they’ll help humans in the future,” said Destiny, a fifth grade student. 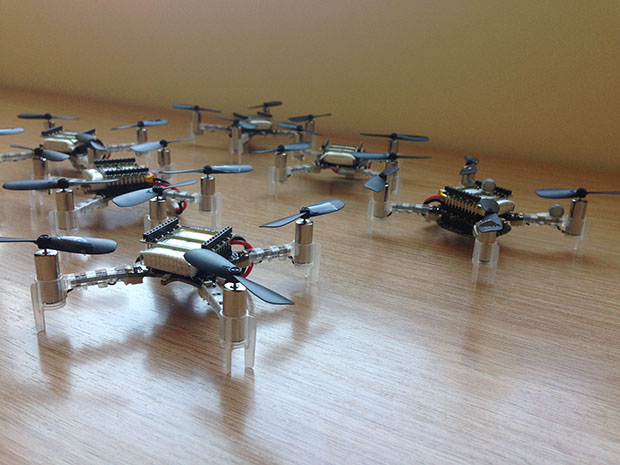 “Does his nose do anything or is it just there for show?” asked Luke, a sixth grader, of the Hermes humanoid robot. While Hermes’ nose may not serve a specific purpose, the rest of its body certainly does. Hermes comes with an active vision system and walks like a human, not like a robot. Researchers hope these skills will eventually allow it to enter dangerous environments and help with disaster recovery.

Students clamored to MyKeepon, a small yellow robot that responds to both music and touch with dancing and squeaking. The robot’s cut design makes it well suited for studying the interactions between robots and children. “My favorite thing about MyKeepon is that it’s just funny and it makes funny noises,” said Tristian, a 6-year-old who repeatedly tapped the robot. 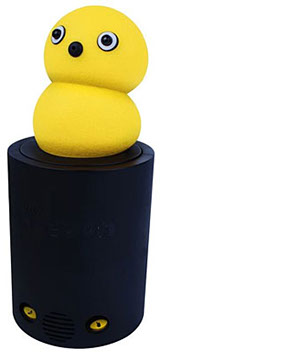 A Nao robot named Vega led students through a math game in which they had to recognize numbers and quantities to help a space explorer get home. When Erik and Emilian, ages 4 and 5, couldn’t quite understand the robot’s English, a quick flip of the switch allowed Vega to communicate in Spanish instead. “I think the robot’s games help us learn more,” said Emilian. Researchers are using the Nao to explore how robots can adapt their teaching style to facilitate children’s learning.