Talent and innovation sync at annual faculty and staff awards

USC Viterbi faculty and staff were front and center on April 26 at Town and Gown, celebrating this year’s school achievements and individual excellence at the 2016 Faculty and Staff Awards Luncheon.

“Talent, value, thought leadership, impact. These are the drivers for our school,” said USC Viterbi Dean Yannis C. Yortsos, who, with other senior administrators, honored the following faculty and staff achievements:

Sanjay Madhav - Dean's Award for Innovation in Teaching and Education

The Era of Engineering+

It is the best of times for engineering.

“We live in an unprecedented era for engineering and technology,” said Yortsos, who positioned the school at the zenith of engineering’s convergence with virtually any discipline, something he coined “the engineering+ era – an era that is reshaping the world, and one that we want to continue to lead.”

He cited the exponential pace of technological discovery and the enabling capacity it offers, making engineering a powerful catalyst for enhancing other disciplines. 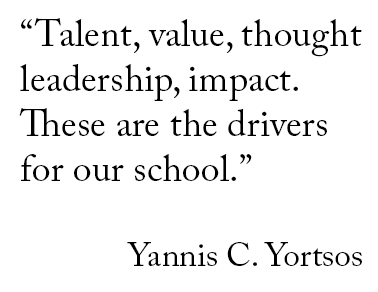 Thanks to a recent wave of USC Viterbi initiatives, USC has also become a leader in changing the conversation about engineers: who they are, what they do and how they affect the world. Today, 35 percent of USC Viterbi engineering undergraduates are women — nearly double the national average of 18 percent. Computer Science, a traditionally underrepresented field, now has a female undergraduate population of 29 percent.

Earlier this year, U.S. News and World Report ranked USC Viterbi as the number one school in the nation with the most female graduate students.

Of note is "The Next MacGyver" – a global crowdsourcing competition that resulted in five winning TV pilot scripts that are now being considered at major Hollywood networks. A creative partnership between USC Viterbi, the National Academy of Engineering and MacGyver creator Lee Zlotoff, "The Next MacGyver" has become an incubator for the next great engineering TV series. Except, this time, the engineering superhero will be a woman.

A generation of Grand Challenges Scholars

As a co-founder of the National Grand Challenges Scholars Program (GCSP), USC Viterbi is regarded as a national leader in preparing students to be the generation that solves the grand challenges facing society in this century.

GCSP is now pursued by more than 120 U.S. schools, and is spreading globally. Pioneered by USC Viterbi with Duke University and Olin College of Engineering, the program consists of five components: research, interdisciplinary engagement, entrepreneurship, global context and service learning.

Students who graduate as Grand Challenges Scholars are equipped to tackle social, environmental and political issues that shape our world. GCSP has inspired other non-engineering schools to adopt similar agendas. An example is the USC School of Social Work, which, under the leadership of Dean Marilyn Flynn, has led to the articulation of 12 Grand Challenges for Social Work, including ending homelessness. Engineers and social workers are now joining forces to rise up to this grand challenge. 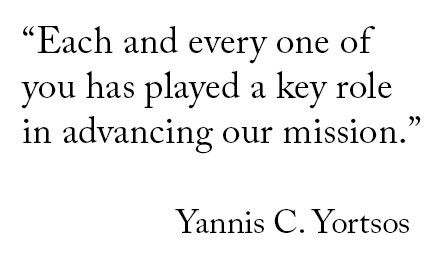 Faculty and staff were also recognized for their contribution to USC entrepreneurship.

Another great inciter is Andrea Belz, NSF I-Corps Node director and an emerging national leader in entrepreneurship education, who will be the first vice dean for technology innovation and entrepreneurship in the school’s history starting July, 2016.

“Digital media and communications are great examples of E2X,” said Yortsos. “Medicine is another E2X paradigm. Often E2X is the digitization of everything – with Internet of Things (IoT) fast rising in the horizon as the new disruption.”

Yortsos noted that USC is likely one the few places in the world with so many “Xs” present on campus.

Indeed, it has been a fabulous year so far for USC Viterbi, highlighted by some of the most significant individual faculty accomplishments that personify E2X. Few engineering schools can boast of such a collection of national awards:

Mark Humayun, who holds joint appoints at USC Viterbi and the Keck School of Medicine, received the National Medal of Technology and Innovation for developing a device that helps people with a certain type of blindness see.

Alan Willner was elected to the National Academy of Engineering, the highest honor in the engineering profession. Willner is the 11th USC Viterbi faculty member elected to the NAE since 2008. He was also among only 15 members appointed by the US Department of Defense as National Security Science and Engineering Faculty Fellows. In a fantastic year for Willner, he also received a PhiKappaPhi USC Faculty award.

Three faculty were elected to the National Academy of Inventors: Scott Fraser, who was also elected as Fellow of the American Institute of Medical and Biological Engineering (AIMBE); Dan Dapkus; and Andy Molisch.

Ted Berger received the "Pioneer Award in Medicine" given by the Society for Brain Mapping and Therapeutics. Berger will also receive the Australian Society for Medical Research 2016 Medal.

Shanghua Teng is a second-time-winner of the American Mathematical Society’s prestigious Godel Prize.

Berok Khoshnevis was inducted in the European Union Academy of Sciences and also won First Place in the NASA In-Situ Materials Challenge.

Costas Synolakis was inducted in the Academy of Athens.

Urbashi Mitra is the Recipient of a Fulbright U.S Scholar Grant and she also received a Distinguished Visiting Fellowship 2016 from the UK Royal Academy of Engineering.

Nenad Medvidovic was recognized as Distinguished Scientist by ACM.

Murali Annavaram was inducted into the ACM SIGMICRO Hall of Fame.

Dan Erwin was named an Associate Fellow of the American Institute of Aeronautics and Astronautics (AIAA).

“Each and every one of you has played a key role in advancing our mission,” Yortsos told an audience of over 270 faculty and staff present. "Warmest congratulations to all!"