The Family That is The Lab

Inside the multifractal world of the Cyber Physical Systems Group

Being at a large university often feels like walking through the halls of the United Nations. It can give us a sense of bigness, of destiny. But this cozy global arrangement can also leave us feeling vulnerable, alone. We are all looking for a family. A place to belong. Some say it’s a numbers game. Find as many people as you can and make them your friends. Others say it’s all about relationship. Invest in the few people who will stick with you until the end.

It's that level of trust that Paul Bogdan, assistant professor in the Ming Hsieh Department of Electrical Engineering at USC Viterbi, hopes to foster in all the students who come through his Cyber Physical Systems (CPS) Group.

If Bogdan was asked to identify a single "compass" word or concept that embraces the research themes of his group, it would most certainly be multifractality. He loves to use it in lectures, in writings, and in casual conversation.

It comes from the term "fractal," coined by mathematician Benoit Mandelbrot in 1975. It's Latin derivative, "fractus," means an irregular surface like that of a broken stone. Fractals are, in fact, non-regular geometric shapes that have the same degree of non-regularity on all scales.

To paint the picture, Bogdan walks through campus pointing at shapes and patterns that remind one of Grateful Dead T-shirts. He rips a leaf from an oak and turns it face down, feeling its texture: "There. This is fractality."

Multifractality can be described as the degree to which something can bend and adapt to new intrusions. A healthy heart, for instance, is a multifractal, self-regulating system.

It is perhaps a buzzword that encompasses not just an academic blueprint but also the make-up of the CPS team: a taskforce of multitalented, multilingual student researchers who've left country, friends and family behind and came together to change the world.

Go into any lab at USC Viterbi and you will find this multifractality. It's the intricate design that forms the family that is the lab.

Raised in Romania during the collapse of communism and the socio-political unrest that followed, Bogdan, the son of physicians, marveled at this parents’ ability to always come up with the correct diagnosis and treatment even in the absence of basic medical tools. What they had: analysis, mathematical rigor and a genuine passion for improving the lives of their patients who often came knocking on their door beyond office hours. “For them, medicine was a way of life,” remembered Bogdan, who, from a young age, was being groomed by his father to inherit the familial white coat.

However, as a senior in high school, he met an influential math teacher who presented the aspiring doctor with an interesting equation. She saw his potential and charged him to pursue math, physics and computer science to build technological breakthroughs that were planetary in scope, and which doctors like his parents would one day be able to use to save people’s lives.

“In the end it was like magnetism,” Bogdan reflected, “where a current through a wire induces a magnetic field. The drivers were both my parents and my high school math teacher.”

He never forgot the role that parenting and mentoring had in his life.

Before delving into cyber physical systems, studying microbial communities, Hana Koorehdavoudi was intent on building the next generation of electric cars.

In 2008, while still an undergraduate at Iran's top engineering school, Sharif University of Technology (SUT), her team designed, manufactured and tested a two-seat electric car in just under a year for the national Iranian Machine Design Competition. She later took her engineering skills to Pars Khodro, the first manufacturer of sport utility vehicles in Iran, where she developed a 3-DOF robot used in the assembly line to seamlessly install windshields. Her trajectory seemed clear. The innovations she helped create would eventually take her to the top of her career in mechanical engineering.

But out of the gates of SUT in 2011, she got involved in something she was deeply passionate about: children’s rights in Iran — she is a board member of the Iranian Children’s Society — where she confronted the ongoing health and education concerns of Middle Eastern children. She didn’t just want to build “cool things.” She wanted her work to have a direct impact in their lives.

Admitted at USC VIterbi as a Ph.D. candidate, she came to Paul Bogdan’s lab a novice in biomedicine but possessed by a great ambition to apply her mechanics knowledge to cyber physical systems.

“She also had a strong grip on the math,” Bogdan said. “Knowing the fundamentals is very valuable. The rest, I can teach.”

These days, Koorehdavoudi juggles multiple interdisciplinary problems such as: analyzing complex behavior in bacteria swarms (from bloodstreams to rivers); quantifying the complexity of a swarm in the free energy landscape; and creating a mathematical model of the interactions between Ebola virions and immune cells.

Microbial communities don’t just play a crucial role in bioremediation, plant growth and human digestion, they drive elemental cycles, the carbon cycle and clean water. They can also be the engines of renewable energy via microbial fuel cells with the power to reverse the process of electrosynthesis. This electron transfer mechanism that occurs in living cells, and its role in cell-to-cell interaction is an area that Kooredavoudi hopes to shed new light.

Her experiments will eventually open up new frontiers in the design of electron-based communication and energy networks in microbial communities – such as bacteria-powered microrobots. These microrobots could one day be used to deliver life-saving medication at the cellular level, especially in children where surgery can often be life-threatening.

In 2014, while a master's student at Fudan University in Shanghai, Xue Yuankun landed the job of his dreams – conducting R&D in Tokyo for Panasonic. But then, something popped up in his student inbox. An American professor posted a research challenge on Fudan’s forum. The professor, Paul Bogdan, was working on a radical idea – using networks-on-chip to compute the 3-D structure of large protein molecules and diagnose some of our most feared illnesses like cancer, Huntington’s and Parkinson’s early in their nascent states. He wanted students to join him in combining engineering and biomedicine to help improve and deploy new diagnostic tools in medicine.

As Xue settled into the routine of a cushy corporate job and a classy Tokyo lifestyle, Bogdan’s challenge kept him up at night. He couldn’t help but think this was a call to greater, more impactful things that could potentially save the lives of so many people battling terminal illnesses.

He began corresponding with Bogdan by email. Fast-forward a few months, and the two of them were already collaborating long-distance to develop the first large-scale networks-on-chip platform with 2,400 application-specific cores to perform structural analysis of proteins at unprecedented speeds. They published their findings in a paper entitled Disease Diagnosis-on-a-Chip: Large Scale Networks-on-Chip based Multicore Platform for Protein Folding Analysis.

Xue was now ready to push the eject button at Panasonic. In 2014, he flew to Los Angeles to finally meet Bogdan in-person and dive fully into cyber-physical systems. Their findings have already put diseases like cancer on the run as scientists can now rapidly map a protein's trajectory down to the nucleotide level. 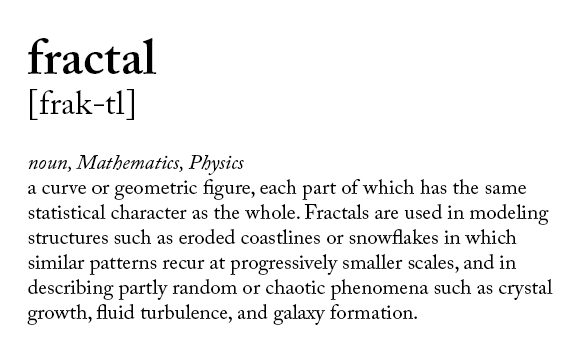 Healthcare costs in the U.S. are among the highest in the world. To make a real lasting change, Mahboobeh Ghorbani knew that Band-Aid solutions in fighting cost while maintaining an innovative edge would fail in the absence of a grand design. To move the needle, she had to attack a grand challenge that needed a grand solution.

Something that was systemically flawed to begin with.

Diabetes, one of the most widespread chronic diseases, is a significant cause of this skyrocketing cost. The medical world is hungry for innovative solutions – smart, vigilant systems that monitor patients’ body balance using our native biological alarm system to offer fast treatment. This is the aim of cyber physical systems.

Unfortunately, there hasn’t been a coherent theory that facilitates the design and optimization of an efficient and robust cyber physical system to address the pancreas. As a result, the FDA has not approved an artificial pancreas device (APD), despite herculean efforts by medical manufactures to invent the perfect mechanism.

Like most things, it comes down to the math.

A computer-controlled algorithm connects a glucose monitoring system to the insulin infusion pump that make up a traditional artificial pancreas device (APD). The algorithm allows continuous communication between the two devices.

“The old problem has been that the algorithms fail to mimic and communicate the exact biology of the pancreas,” Bogdan explained. “Without the proper algorithm, an artificial pancreas at best can’t monitor a patient’s fluctuating glucose levels correctly, and at worst, can send someone into diabetic coma.”

This could be fatal for a diabetic who is out jogging, illustrated Bogdan, whose glucose levels go down, sometimes dramatically. Or, for a diabetic in the middle of L.A. traffic, eating a chocolate bar and getting stressed out.

Their solution… you guessed it… multifractatlity.

Bogdan and Ghorbani demonstrated that their nonlinear optimal controller based on fractal calculus is far superior to nonfractal controllers. But proving a mathematical formula they already had faith in wasn’t enough. They took it a step further. They verified the feasibility of building such a device by prototyping it on a field-programmable gate array (FPGA) (integrated circuit) platform.

Little did Ghorbani imagine, coming into USC Viterbi as a computer engineer, that she would be shaping the model on which perhaps the world’s first FDA-approved artificial pancreas would be built.

Exploring the Multifractality of The Human Brain

In his senior high school year, Emon Sahaba enrolled in the Engineering for Health Academy (EHA) – a partnership between USC Viterbi, Keck School of Medicine of USC and Bravo Medical Magnet High School.

It was here that Sahaba met his mentor, Paul Bogdan, found his calling and made a lasting friendship.

Sahaba came in wanting to crack the neural code between someone imaging to do an action and actually performing it. He was inspired by an event at Brazil’s 2014 FIFA World Cup that captured the imagination of the entire world. Then 29-year-old Juliano Pinto delivered the symbolic kick-off at the Corinthians Arena in Sao Paulo despite being completely paralyzed from the waist down.

Pinto accomplished the feat with the aid of a mind-controlled exoskeleton that translated his brain activity into action. Sahaba was immediately intrigued.

At USC, Bogdan introduced him to multifractality.

“It’s this multifractality,” Bogdan told him, “that enabled Pinto to kick the ball.”

To test this intuition, Bogdan gave Sahaba a dataset that revealed the electroencephalograms (EEGs) of 109 volunteers. These volunteers were tasked with imagining opening and closing their fists in various tests. For example, they were told to imagine gripping a coke bottle. They were then asked to act upon those imaginations.

Using a code in Matlab known as Multifractal Detrended Fluctuation Analysis (MFDFA), Sahaba and his teammates began seeing multifractality all over their datasets.

They didn't just put their finger on a discernible difference between imagining and actually doing a task. What Bogdan ultimatley revealed was a new way to analyze brain activity. In his final presentation, Sahaba, demonstrated how multifractality can be applied beyond analyzing simple motor movements, to treating patients with brain disorders, and even to security screeing as a new form of lie detection.

Before meeting Bogdan, Sahaba had no idea what kind of engineer he wanted to be. By the end of his time at USC, he had decided on electrical engineering.

“What I enjoyed most from the experience, was working with professor Bogdan,” said Shaba. “Not just his jokes, personality, and vast knowledge, but his friendship. Having a principal investigator as a guide and mentor was something I never had before.” 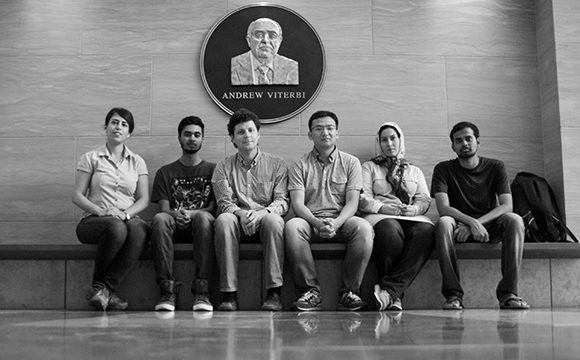 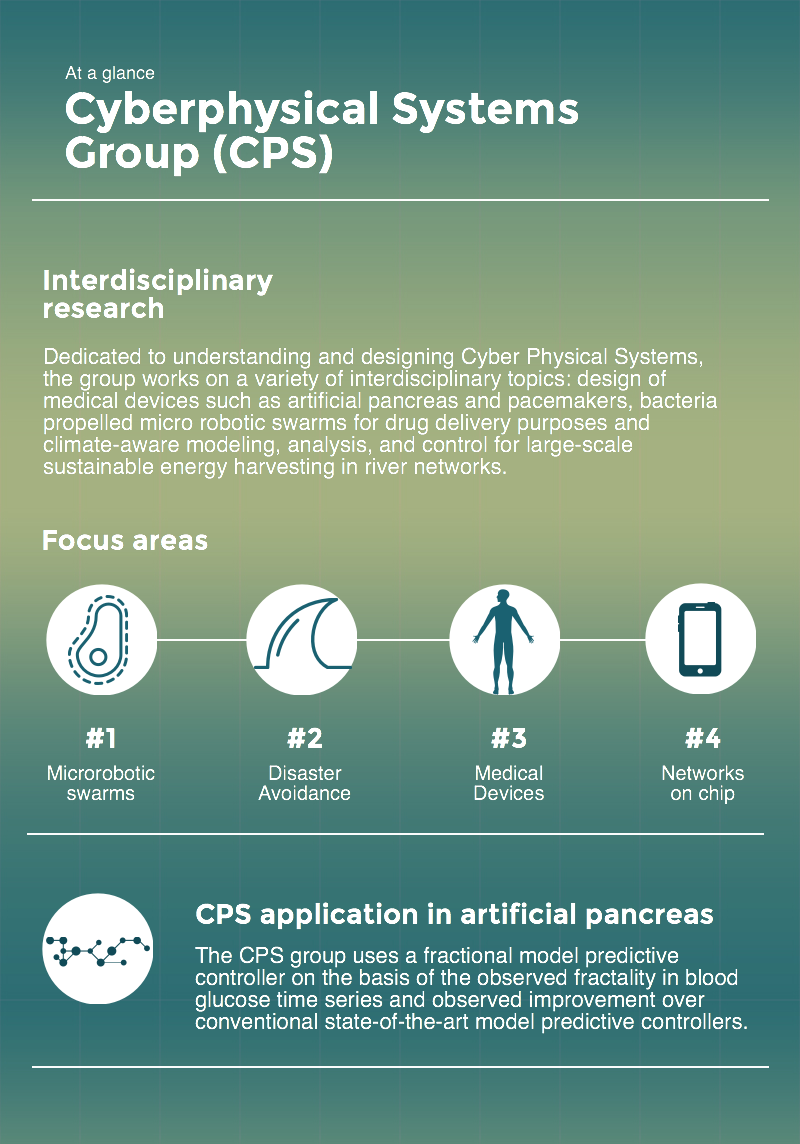