In 1947, Albert Einstein wrote to a friend that he could not seriously believe in quantum mechanics because “physics should represent a reality in time and space, free from spooky actions at a distance.” He was referring to quantum entanglement, one of the quantum world’s most mysterious concepts.

It was one of the few times Einstein was wrong. There is, in fact, “spooky action at a distance,” proven 17 years later by physicist John Stewart Bell with a straightforward test known as Bell’s inequality.

If you’re looking for true love and believe your soul mate is out there floating on a speck of dust, circling a humdrum star in a far corner of an obscure galaxy waiting for you, then you might take comfort in Einstein’s error.

As do Aram Galstyan and Greg Ver Steeg, researchers at the USC Information Sciences Institute (ISI), as well as faculty in USC Viterbi’s Department of Computer Science. These days, the former physicists are using methods inspired by quantum physics to improve the matchmaking algorithms that run one of the most successful online dating sites, eHarmony.

“Essentially, we’re trying to get to the hidden factors that result in long, happy relationships,” Ver Steeg said. “It works not just in quantum physics, but also in human behavior.”

eHarmony is responsible for nearly 5 percent of U.S. marriages, according to company stats. In all, 438 people tie the knot every day with the help of the company’s algorithms. In a study published in 2012, the divorce rate of married couples that met on eHarmony was roughly 50% of those who met in any other way. This means you’re significantly more likely to divorce if you and your spouse didn’t meet on eHarmony.

As impressive as this sounds, eHarmony data scientists don’t believe they are doing their jobs if all they do is bring people together. They want to create “an experience” and build “a foundation” for long-term happiness.

The science of personality profiles

The problem is that none of the things human beings do are neatly ordered and easily predictable, especially when it comes to love. The best eHarmony can do is give you an exhaustive psychometric assessment known as the relationship questionnaire.

The data mined from your answers create a personality profile, which is filtered through compatibility models collected from years of marriage research and thousands of sampled couples, from happy, successful relationships to “meh” and “block this contact” ones.

Pairings happen every night during a magical hour called “the nightly match run.” Pop open your email in the morning and voilà — the attractive faces of psychologically compatible partners waiting to meet you.

Dr. Jonathan Morra, who leads eHarmony’s data science, machine learning and predictive modeling teams, and Jonathan Beber a research scientist who leads the design of eHarmony’s questionnaire, approached the ISI duo with a long-standing problem: how to reduce the relationship questionnaire.

“No user likes to sit at their computer and take hundreds of questions,” Beber said. “But we feel we have to ask that much to assess your personality type. Greg and his team are helping us figure out what is the minimum amount of questions we can ask without losing the predictive power in our compatibility models.”

“It’s an interesting optimization problem,” Galstyan said. “What started out with some 500 questions has become 145 questions over time. What if we could get 99 percent of that information with, let’s say, only 50 questions? What are those questions, and what is that trade-off?”

Galstyan and Ver Steeg boiled down the questionnaire with a process called correlation explanation, or CorEx. Over the years, they have used CorEx to unearth hidden factors in a host of problems, from unsolved gang-related crimes to mapping brain activity and predicting online extremism.

Galstyan and Ver Steeg then look closely at that data and begin to peel away its underlying structure. Strong connections emerge.

Consider these questions, for example: Are you generous? Are you affectionate? Do you try to accommodate the other person’s point of view? These show up all together in one group. There’s a hidden factor that explains why they are related. Instead of asking you a hundred questions that are all related, they zero in on one hidden trait: being genuine and caring. If you score highly on this factor, there’s a very high probability that it includes all these other qualities.

“These hidden factors themselves are interrelated and reveal higher-level patterns in the data,” Galstyan explained. “Answers to questions like, how important is it that a serious relationship needs to be exclusive, and do you think being monogamous causes relationships to be boring over time, reveal something about how caring, empathetic and generous you are.”

This hidden factor of empathy also influences your answer to this next question:

“How important is your partner’s physical appearance?” 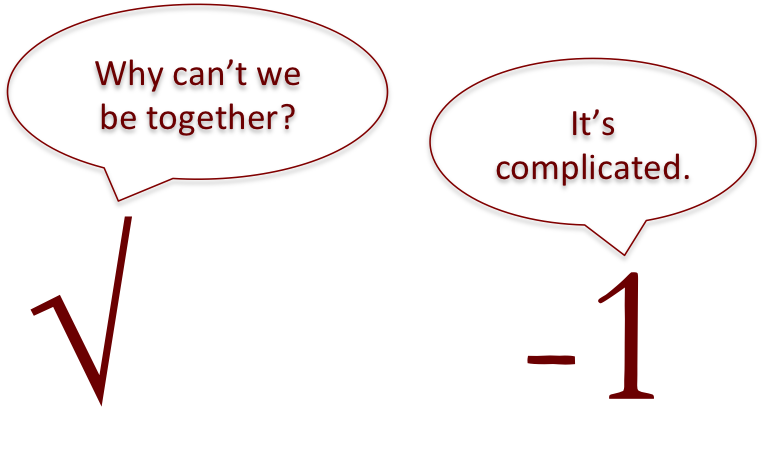 “At the end of the day, love is quantifiable,” said Morra, who is also interested in measuring attraction based on users’ profile pictures, that is, what your facial expressions in photos say about your personality.

The math of love

When you think about it, it makes sense that love would lend itself to mathematics. Love, like all of life, is full of patterns. It’s no surprise that engineers are helping us make one of life’s hardest, often most irrational, emotional decisions with the power of science and Big Data.

“Someone who goes to an online dating service like eHarmony is saying to themselves, ‘I have to find the right person to spend my life with,”’ Ver Steeg said. “It’s really hard. There are billions of people in the world. How can I shorten the list?”

The success of recommendation systems, which are just as applicable to products as to people, says much about the ability of computers to predict the more fundamental attractions we often deem “spooky actions at a distance.” Algorithms may improve our ability to get a date and maybe even find a compatible mate, but long-term happiness is still very much in our hands.

Einstein was right about one thing: “You can’t blame gravity for falling in love.”